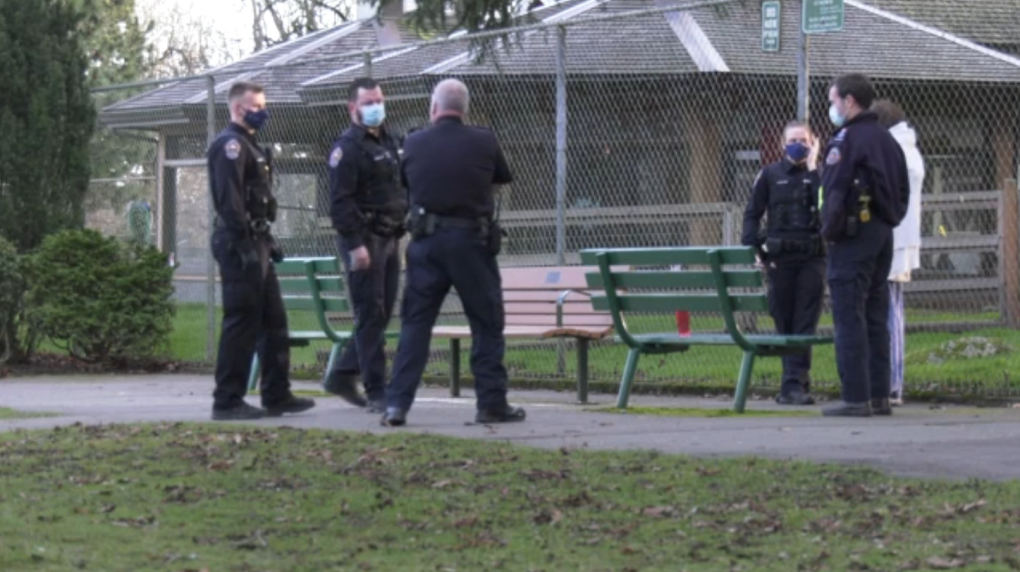 Police in Victoria are investigating an assault and a fire at the homeless camp in Beacon Hill Park on Saturday. (CTV)

VANCOUVER -- Police in Victoria are investigating an assault and a fire at the homeless camp in Beacon Hill Park on Saturday.

Victoria Police Department spokesperson Const. Cam MacIntyre told CTV News Vancouver Island via email that police were called to the park shortly after 3 p.m. for a report of a tent fire and an assault.

Victoria firefighters put out the fire, which did not cause any injuries, he said.

Police arrested a man at the scene, and he remains in custody, according to MacIntyre. A woman was treated at the scene for non-life-threatening injuries, he added.

"The details of the event, such as if the assault preceded the fire, or vice versa, are still under investigation," MacIntyre said.

The fire is the second in the park this week. On Thursday night, a large fire tore through a tent on the west side of the park. No one was injured in that blaze.