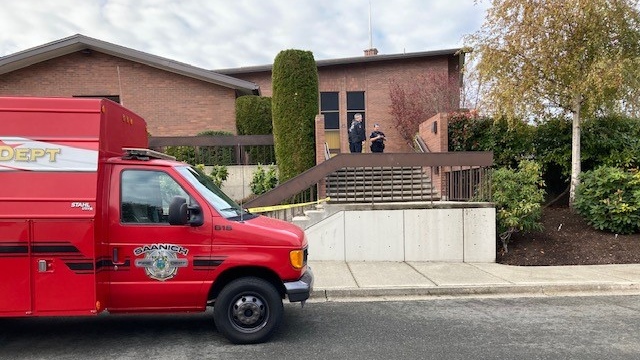 Saanich police and fire investigators are looking into a suspicious fire at a church in the Royal Oak area Monday.

Police at the scene said the fire happened sometime overnight at the Church of Jesus Christ of Latter Day Saints at 701 Mann Ave.

Staff with the church called police after they noticed the fire damage around 10 a.m. Monday morning. 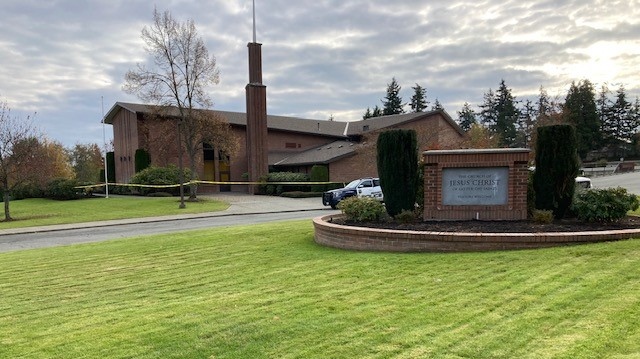 The fire appears to have originated at the entrance to the chapel of the Mormon church. The glass doors leading into the building were blackened with soot and the heat from the flames shattered some panes of glass.

"There is a table in there that was very close to the front doors that could have caught fire," said Saanich police Const. Markus Anastasiades on Monday.

"Fortunately it did not, so it seems at this point the fire was contained just to the outside and the front doors," he said.

The cause of the fire is still under investigation, and fire investigators along with members of the Saanich police forensic section were collecting evidence at the scene Monday.

"It's still very early on in the investigation but I can tell you at this point that we are treating this as suspicious," said Anastasiades.

Anyone with information on the fire is asked to contact Saanich police.