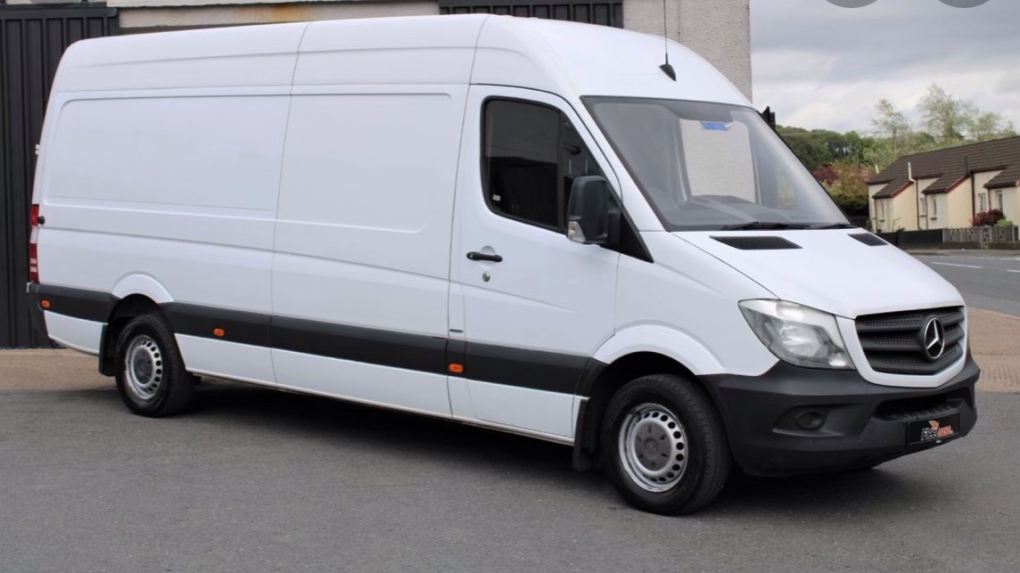 A stock photo of a van similar to the one reported in the incident is shown.

Campbell River RCMP are on the lookout for a white van after the driver seemingly tried to lure a young person inside Thursday morning.

Police say the teenager was walking in the Holm Road area around 10:30 a.m. when a white Mercedes cargo van approached them.

It was reported that the male driver of the van tried to convince the youth to enter the vehicle.

"In this case they were using many tricks of the trade to try and encourage the person into the van," said Const. Maury Tyre.

"Just striking up a basic conversation then having a couple different options to try to get them into the van, indicating that it was some form of abduction," he said.

Police say the youth refused to enter the vehicle and a passerby intervened before the van left.

Mounties are now looking for the driver of the van, as well as the bystander who intervened, who has not yet spoken with investigators.

Police say they hope to speak with the driver to "clear things up" to determine how serious the situation was.

"From time to time there's the odd individual driving a vehicle that may ask questions, and a lot of reported strange incidents like that turn out to be nothing," said Tyre.

Police say the van is described as having no windows on the sides, and a dirty bottom section. The van also did not appear to have licence plates in the usual front and back portions of the vehicle.

Anyone with doorbell cameras or dashcam videos of the Holm Road area around 10:30 a.m. Thursday is asked to review their footage and contact RCMP if they have any information.

Anyone who sees a white van matching the description above is also asked to call Campbell River RCMP at 250-286-6221.

Mounties say they're patrolling the area Thursday morning and are going door to door seeking information about the incident.