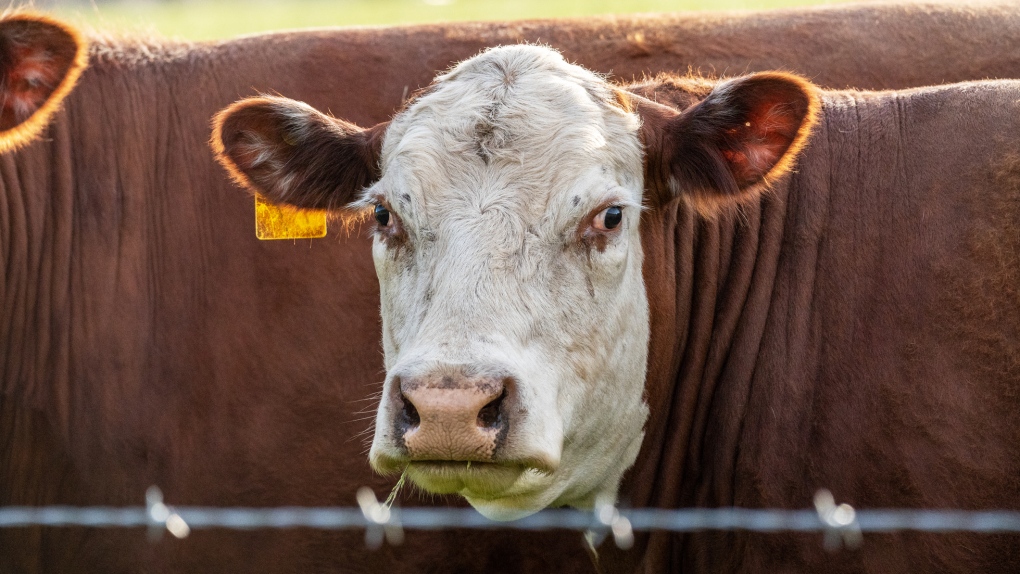 A cow pictured on Vancouver Island in this file photo: (iStock)

The owner of more than 200 cows that were seized by the SPCA for alleged neglect says the animals were receiving adequate care.

Some 216 cows, including 80 calves, were seized by the BC SPCA at the Vancouver Island property on Jan. 19 and 20.

According to the SPCA, the cattle were suffering from several medical issues, including emaciation, eye infections, and pneumonia, and were not housed in sufficient shelter.

BC SPCA regional manager of cruelty investigations, Kaley Pugh, described the living conditions as "among the worst I've seen" in a release Friday.

However, the owner of the cattle, Russ Crawford, says the cows and shelter were recently looked over by another veterinarian who approved of the site.

"The public and media should know that these cattle were looked after and if the vet had any suggestion they would have been dealt with immediately," Crawford said in a statement Monday.

TIMELINE ACCORDING TO OWNER

On Dec. 24, Crawford says he was contacted by the BC SPCA, when the agency reportedly told him that they were investigating complaints about the condition of the cattle.

The complaints included a lack of access to food and water, and that the cows were being kept in two feet of mud.

Crawford says he invited the SPCA to a site visit any time between Dec. 28 and 30, but "they never showed at the time."

The owner says he also sent the SPCA pictures and drawings of the site, and invited them to come to another site visit on Jan. 10, which they were unable to attend due to weather, according to Crawford.

However, he says a veterinarian with Agwest Veterinary, Dr. Peter Watson, inspected the site on Jan. 10 and said conditions were adequate.

"At the time he was happy with the facilities and recommended good quality hay, lots of access to feed and water(,) which was always adhered to," said Crawford.

On Jan. 19, Crawford says the BC SPCA arrived and began seizing the cattle. Shortly after, the owner says he requested to see the organization's notice of seizure, which was provided two days later on Jan. 21 after "numerous requests."

He adds that he's asked the SPCA if he could do a herd assessment with his own vet and "others that are involved in the industry" but that the organization denied his request, "which is wrong in talking with the BC Cattlemen's Association," he claims.

Crawford believes the complaints about animal neglect are part of an ongoing dispute with a neighbour.

"This is a matter between neighbours that has over escalated into a personal vendetta to do whatever it takes to have me removed from this site and harm me financially and personally," he said Monday.

He adds that he contacted police and started a harassment file against his neighbours.

Crawford says he never intended to keep the 216 cattle he had at the time, but that auctions he planned to attend on the mainland in December were postponed due to flooding and winter storms.

He had planned to sell more than 150 cattle at the end of January and into February, he says.

The cows are currently being cared for by the BC SPCA in an undisclosed location, where they're receiving veterinary care.

The BC SPCA says it's recommending charges of animal cruelty.

Fourteen children and one teacher were killed in a shooting at a Texas elementary school Tuesday, the governor said, and the 18-year-old gunman was dead.

The findings of a highly-anticipated report about how to tackle sexual misconduct in the Canadian Armed Forces (CAF) will be made public in the 'coming days,' a spokesperson for Defence Minister Anita Anand says.

The Canadian Football League's Calgary Stampeders said they are investigating reports that player Brendan Langley was charged after a fight with a United Airlines employee at Newark Liberty International Airport that was partially caught on video, according to a team statement obtained by CNN.