Throughout the pandemic, many workers began doing their jobs from home. In the process, some decided to get a pet. Now that many have returned to the office, animal rescue agencies up and down Vancouver Island are becoming overwhelmed with animal surrenders.

The Victoria Humane Society exists to help abandoned and abused animals. Now a lot of that work is being put aside.

"Because we have to take all these animals in from owner surrenders because people are in panic mode," said Penny Stone, executive director of the Victoria Humane Society.

This past weekend alone, the Victoria Humane Society took in 20 puppies, nine dogs, a ferret and a pig named Mr. Taylor.

"It was crazy busy," said Stone. "The phone hasn’t stopped ringing and unfortunately it’s just going to get worse."

"And that’s the ones we’re taking on the waitlist," said Stone. "We still get, in addition to all that, five to seven calls a day for cats and dogs to come in." 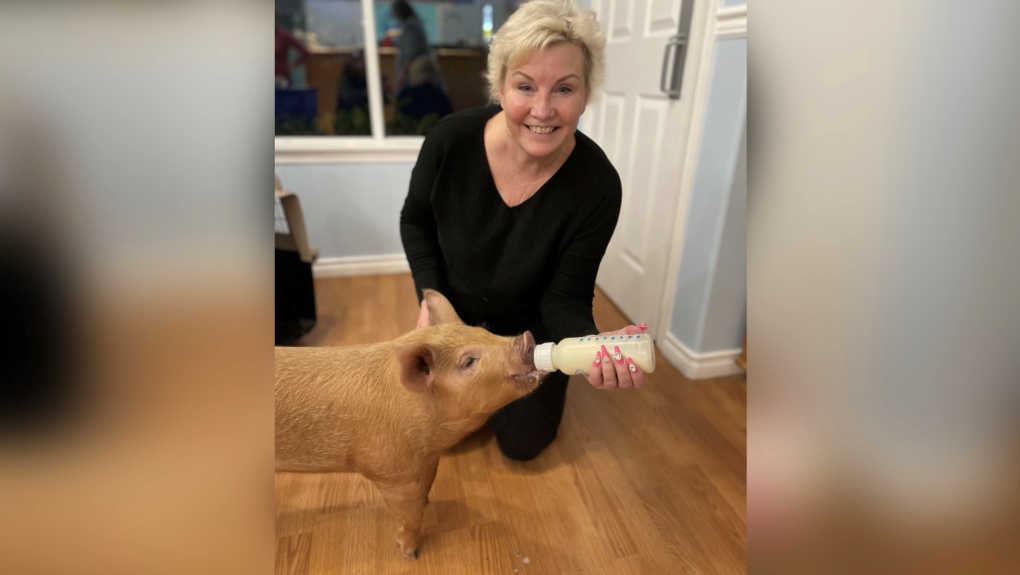 At Amy’s Bunny Barn in Sooke, B.C., it’s the same story. This time, it’s peoples pet rabbits that are being surrendered.

"I have had a number of people saying, 'We’re going back to the office, our kids are back in school, after school activities, and we just feel like the bunny is being neglected,'" said Amy McLaughlin, director and operator of Amy’s Bunny Barn.

McLaughlin currently has more than 50 bunnies in care and 60 on her waitlist.

"I had someone recently contact me from Langley to surrender some bunnies," said McLaughlin. "I’ve also had people contacting me as far away as Kelowna because rescues there are so full."

She says as rescue agencies become overwhelmed, people have begun finding new ways to part with their pet.

"These people are likely getting frustrated and are just dumping the bunnies outside," said McLaughlin.

Other animal groups are saying the same thing.

"We have 43 cats at the moment," said Lee-Ann Dixon-Phillips, executive director of Kitty Cat Pals. "Since January 1, we’ve had 200 that have come in and went out."

Kitty Cat Pals is a cat rescue agency based in the Comox Valley. It has seen a drastic rise in feline surrenders since B.C.'s COVID-19 state of emergency was lifted.

"We keep getting [calls] over and over again and hearing it’s due to the COVID-19 restrictions being released for property owners," said Dixon-Phillips.

She says that during the province's COVID-19 state of emergency, landlords could not evict a tenant unless it was under extreme circumstances. Now that the emergency measure has been lifted, some pet owners have been forced to look for new housing which doesn’t always allow pets.

Patrick Brown has been disqualified from the federal Conservative leadership race, after ballots have already begun to be mailed out, and his campaign is fighting back against what it calls anonymous allegations.

Emergency room delays to continue for 'quite some time,' doctor warns

An emergency room physician is urging governments to address the country’s shortfall of health-care workers in light of the recent temporary shutdowns of emergency departments and the staffing downsizing at others.

Boy, 2, orphaned after both parents killed in Fourth of July parade shooting

Kevin McCarthy, 37, and Irina McCarthy, 35, the parents of a two-year-old boy, were among seven people killed in the Chicago-area mass shooting on July 4.

Australian authorities have charged 12 members of a religious group with the alleged murder of an 8-year-old girl, police said in a statement Tuesday.

Jayland Walker was handcuffed when his body arrived at the medical examiner's office: autopsy report

Jayland Walker was handcuffed behind his back when his body arrived at the coroner's office to be processed as part of the investigation into the officers who shot and killed him in Akron last week, according to a medical examiner's report that was reviewed by CNN.

A high school friend of B.C. teen Amanda Todd has testified he took action when he saw what he described as a 'pornographic' picture of her on Facebook in November 2011.