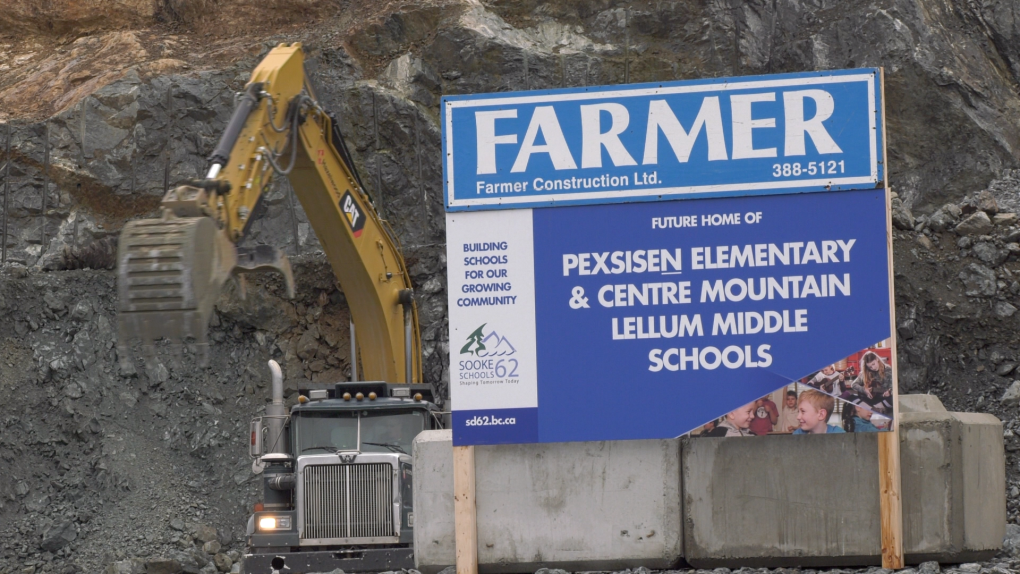 A new middle school that was set to welcome its first students next month in Langford, B.C., will not open as planned due to construction delays.

Centre Mountain Lellum Middle School was expected to open at 3100 Constellation Ave. on the same property as the new Pexsiseṉ Elementary School, which is being built in tandem with the middle school.

But in a letter sent to Sooke School District staff Tuesday, superintendent Scott Stinson said "construction delays caused by material and labour shortages" will prevent the school district from taking possession of the building "for several weeks."

In a public statement Wednesday, the district said it expects to occupy Centre Mountain Lellum in early November.

Pexsiseṉ elementary is still scheduled to open to students on time next month, according to the superintendent.

Students who were due to attend Centre Mountain Lellum will be assigned to three other schools in the district until the new building is ready.

The school district says the contingency schools were chosen based on the available space for each cohort.

Construction of the new Langford schools was roughly 25 per cent complete in March 2021, when the B.C. government issued a media release about the $88.6-million construction project.

The superintendent said in the letter that district staff are working hard to get students into the new middle school and said more detailed information will be provided "in the coming days and weeks."

Jaqueline McDermott, 22, from Kitchener has been reported missing in B.C., and her family is putting out a plea across the country for help.