Concerns over questionable RCMP tactics raised by an officer involved in the crackdown at the Fairy Creek old-growth blockades in the summer of 2021 are not surprising, says a lawyer representing dozens of activists.

There's been no shortage of legal proceedings or social media videos focused on the treatment of protesters, said lawyer Karen Mirsky, who is the president of the BC Civil Liberties Association (BCCLA).

But it is remarkable an officer was willing to risk voicing concerns about police behaviour to superiors, Mirsky said.

“I can only imagine the amount of pressure individual officers felt to conform to these policing practices in a very isolated situation.”

The officer, with 13 years of experience, remains on the force but resigned from the RCMP's controversial Community-Industry Response Group (C-IRG).

RCMP officers volunteer for the unit and serve on a part-time basis before returning to their home communities. When he left the C-IRG, the officer cited numerous instances of questionable police behaviour a story by Canada's National Observer revealed. 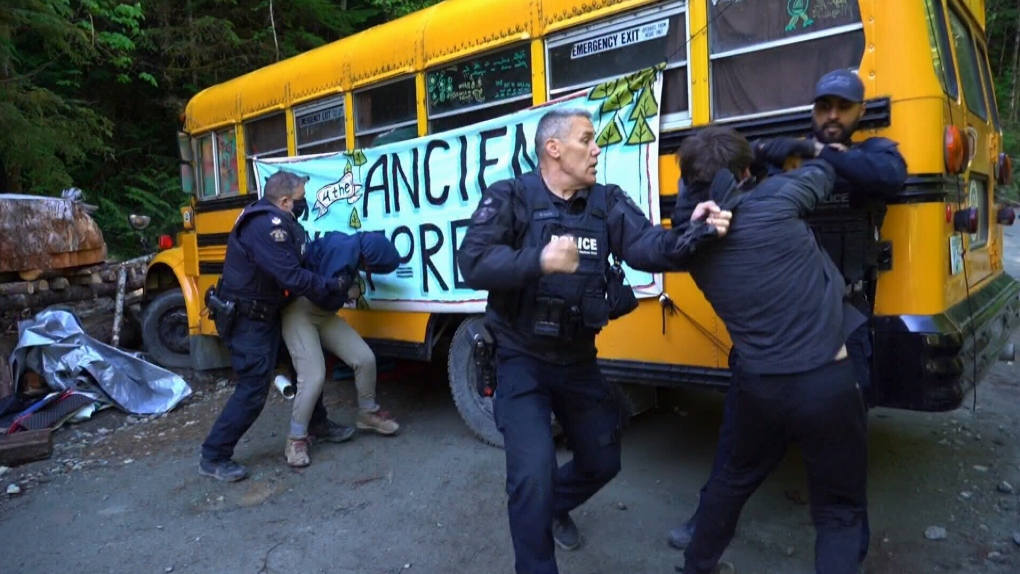 Tensions flared as more people were arrested at an old-growth logging blockade on Vancouver Island: May 20, 2021

The concerns raised by the officer during the Fairy Creek blockade reflect a pattern of behaviour by RCMP while policing protests tied to resource extraction industries, Mirsky said.

The BCCLA has made repeated complaints about the C-IRG's use of exclusion zones infringing on fundamental freedoms, unlawful arrests, intimidation and mistreatment of detainees, particularly Indigenous Peoples, at pipeline protests in Wet'suwet'en territory or logging protests near Argenta in the B.C. Interior.

Criticisms of the unit aren't limited to the BCCLA. Media associations and human rights groups have also called out the task force.

On Thursday, BC Federation of Labour delegates at the union's annual convention unanimously passed a resolution urging the B.C. and federal governments to disband the C-IRG.

The BC Green Party backed the call by the federation, which represents 500,000 members, in a statement shortly after the union's announcement.

Sonia Furstenau, leader of the BC Greens, commended the federation for using its collective voice to stand up for Indigenous sovereignty and rights.

The RCMP is essentially being contracted out to industry groups, said Adam Olsen, Green Party MLA for Saanich North and the Islands and a member of Tsartlip First Nation.

“The C-IRG are a militarized division of our national police force that are paid to defend pipelines and cutblocks from Indigenous people,” Olsen said.

“I have witnessed the close relationship between the C-IRG and private industry first-hand when RCMP officers and industry staff were working together to surveil the movement of Indigenous people on their own traditional territory.” 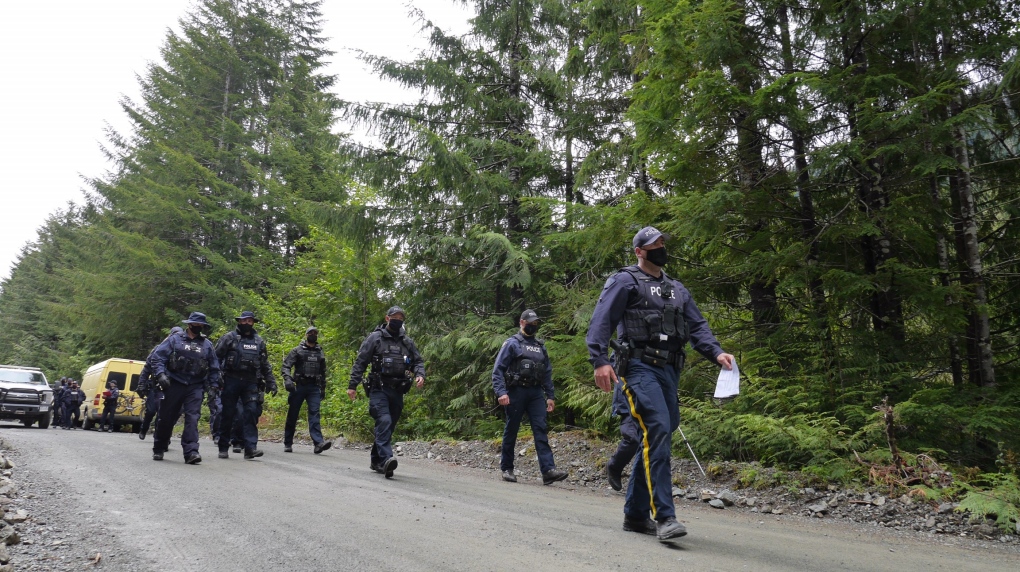 The Civilian Review and Complaints Commission (CRCC), the federal independent oversight agency for the RCMP has received 250 complaints tied to enforcement of a court injunction won by forestry company Teal Cedar to deal with the Fairy Creek blockades in its logging licence area on Vancouver Island.

Of that number, 108 fall under the commission's purview and will be initially investigated by RCMP and potentially reviewed by CRCC if complainants aren't satisfied with police findings.

Often people who file police complaints aren't aware they can ask the CRCC to review a complaint if the RCMP investigation doesn't support it, said Kate McDerby, CRCC communications director.

“The review process is really the critical part of the public complaint process in a sense because that can be when the independent assessment of what the RCMP did occurs,” she said.

To date, the RCMP's investigation into 26 of the complaints - which include 66 different allegations - has been concluded, the CRCC said.

Two other complaints were withdrawn and two were terminated by RCMP, leaving 78 complaints outstanding.

Six requests for a review of RCMP complaint investigations have been filed with the CRCC and are in process, McDerby said.

The RCMP groups allegations into specific categories. A single complaint can include multiple allegations, some of which may be supported, or not, following investigation.

To date, RCMP has supported four allegations of improper attitude, one improper use of force and one neglect of duty, and five policy breaches and use of equipment. However, the RCMP found the majority of the allegations, 22 of which concerned neglect of duty, were unsupported.

Full reports or specifics of completed RCMP complaint investigations, or CCRC reviews, are not made public because of federal privacy laws, McDerby said.

However, nothing prevents complainants from making their reports public, she said.

The CRCC chairperson has the ability to conduct reviews into systemic policing practices, as it has in the past around such strip searches or street checks.

But the chair also must demonstrate there are sufficient funds available to do so, McDerby said, noting the chair's budget hasn't increased since 2014.

Hopefully, the number of complaints focused on C-IRG tactics spurs action from the CRCC and the Attorney General's Office that funds the RCMP, Mirsky said.

“There may come a time when they think it's appropriate to start an investigation,” she added.

“We feel that time is now.”

From an RCMP standpoint, there may be legitimate concerns or the need to address mass protests, but not outside the bounds of the police's legal powers, Mirsky said.

“When you have a unit sent around the province that operates as if it is above the law, and the Charter doesn't apply to its activities, that's highly problematic.

“Is there any wonder that we have a problem with policing in B.C., particularly by the RCMP, in smaller communities or with BIPOC and minority individuals?”