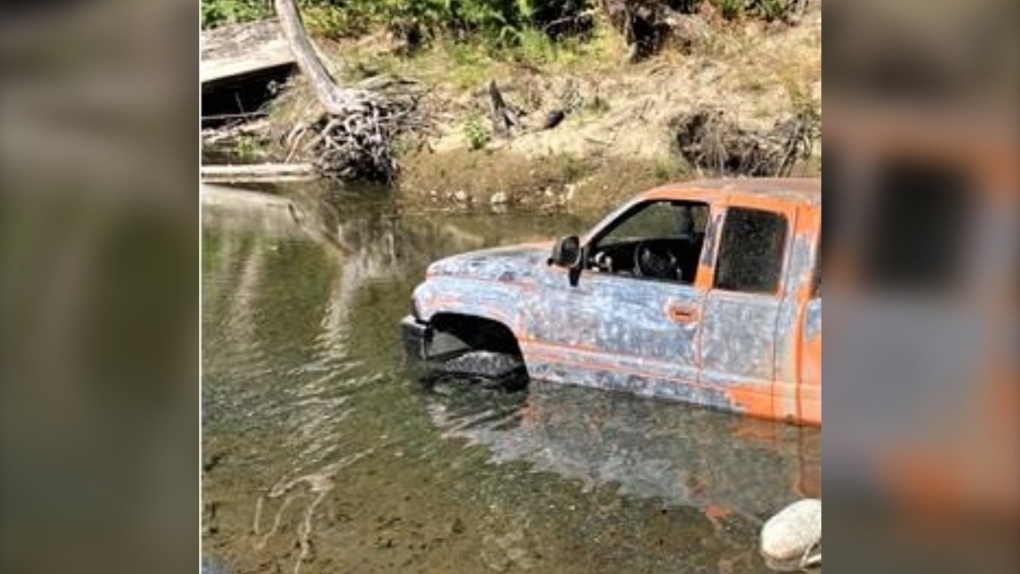 Photos shared with the post show a pickup truck with peeling orange paint submerged up to the top of its tires in the creek. (Facebook/BC Conservation Officer Service)
Vancouver -

Conservation officers issued a $575 ticket to an off-road driver they found stuck in a creek near Nanaimo on Friday.

The officers were on campfire ban patrols when they came across the truck, which was stuck in Haslam Creek, according to a post on the BC Conservation Officer Service's Facebook page.

"Salmon fry could be seen swimming around the truck," the service said in its post.

Photos shared with the post show a pickup truck with peeling orange paint submerged up to the top of its tires in the creek, as well as an image of the ticket officers wrote.

The driver was fined for violating the section of B.C.'s Forest and Range Practices Act that prohibits causing damage to the environment on Crown land without a permit.

The driver also had to pay to have the vehicle towed out of the backcountry, the conservation officer service said.