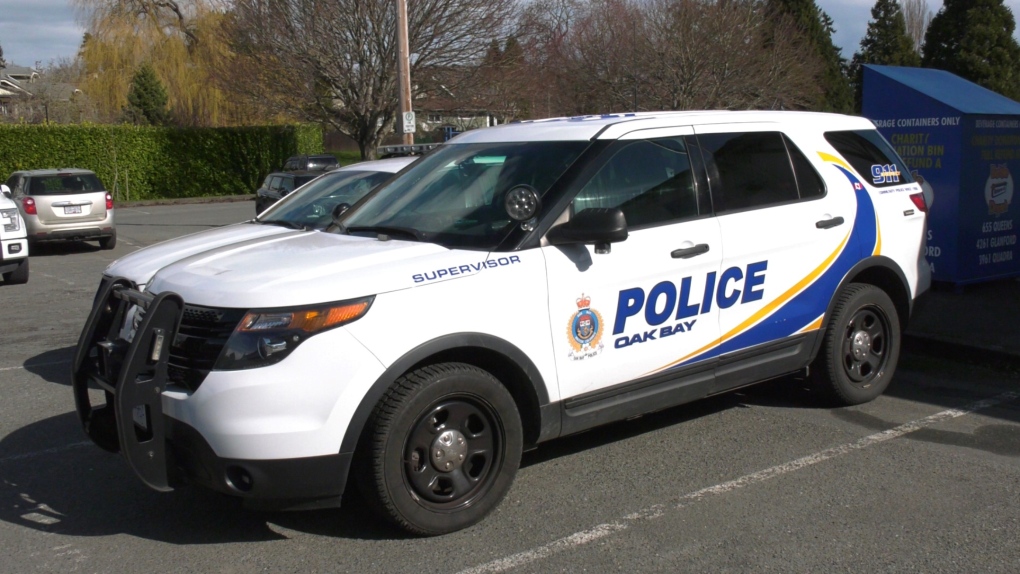 Police in Oak Bay say they're investigating an apparent child luring attempt that happened in the district Friday afternoon.

The incident happened around 3:05 p.m., according to the Oak Bay Police Department. A 12-year-old girl was walking on Central Avenue near Hampshire Road when a man driving a "vintage, shiny dark-green car with an off-white fabric top" pulled up next to her, police said.

The man allegedly offered the girl candy and a ride home. Police say she ran back to school and someone there notified police of what had happened.

Police describe the man as in his 50s or 60s, with "spikey grey/brown hair," an oval-shaped face and tattoos below the neck and down both arms to the hands. They say he was wearing a dark green or black short-sleeved shirt, black jeans and "a chunky gold ring" on his right hand.

Anyone with information about the incident should call Oak Bay Police at 250-592-2424, police said.