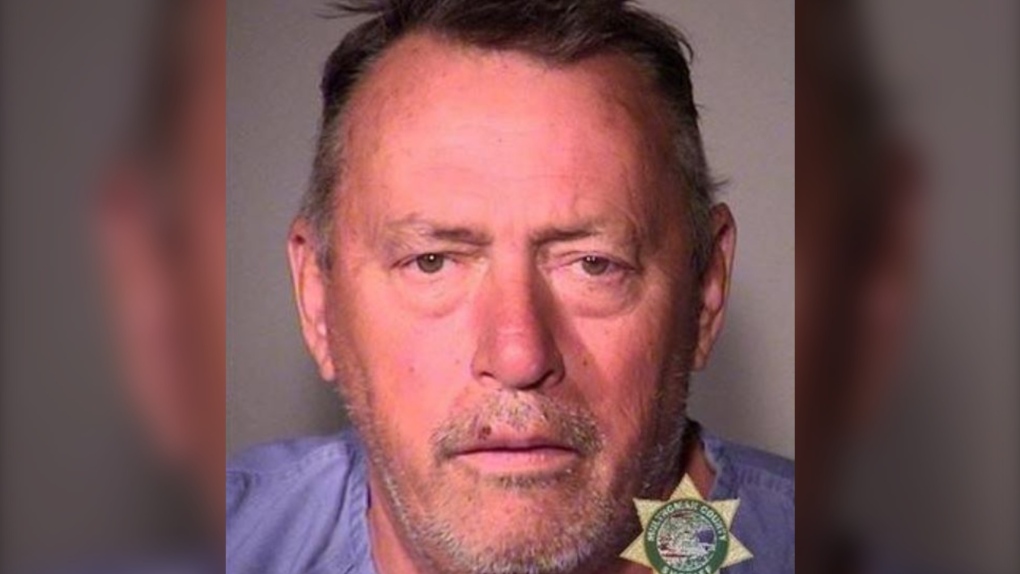 John Philip Stirling was arrested after his boat was seized off the Oregon coast on April 9, 2019. (Multnomah County Sheriff's Office)

A prolific B.C. drug smuggler, who was sentenced to 40 months behind bars in 2020 after he was caught aboard a sailboat loaded with methamphetamine bound for Canada, has returned home to Victoria after winning a compassionate release from an Oregon prison.

John Philip Stirling, 68, was freed last year from the Sheridan prison near Salem, Ore., after arguing successfully for an early release due to his difficulty controlling his diabetes while incarcerated.

The Vancouver Island man told a U.S. District Court judge in April that he planned to return to Canada within 12 hours of his release, providing the court with an address in Victoria where he would stay, according to dozens of pages of handwritten submissions obtained by CTV News.

Stirling was arrested in April 2019 with nearly 750 litres of liquid meth and several bricks of the barbiturate pentobarbital aboard his boat while hundreds of kilometres off the Oregon coast.

Prosecutors had asked the judge to sentence Stirling to more than seven years in exchange for a guilty plea on one count of possession with intent to distribute. Stirling's lawyer had argued that her client was under duress from Colombian drug cartel associates – a mitigating factor the judge admitted during sentencing.

Stirling's arrest came just over a year after he was released from U.S. prison after serving most of a seven-and-a-half-year sentence handed down by a Florida judge in 2013.

Stirling had taken a plea deal in that case too. He was convicted of conspiracy to possess with the intent to distribute narcotics, after admitting that he was the master of a vessel carrying 381 kilograms of cocaine and one kilogram of heroin when it was boarded by U.S. authorities off the coast of Colombia.

'THERE IS A DANGER TO THE PUBLIC'

Stirling's compassionate release was opposed by the United States Attorney's Office, which claimed he remains a danger to the public.

"Mr. Stirling, after serving seven years and being deported to Canada, committed the exact same type of offence not a year later while he was in his 60s," Assistant U.S. Attorney Jared Hager argued.

"When he didn't have a boat, he flew to Colombia of his own accord and then trafficked an astronomical amount of drugs over the high seas. And we think there is a danger to the public if he's released at this time," Hager said.

"Ultimately, the United States' opposition to release at this time is both singularly and most predominantly from the expert testimony… that indicates that there is a loss to be made good on here, and that once the cartel has their hands into a person, a career courier like Mr. Stirling, there's no way to escape," the U.S. attorney added.

In arguing for his release, Stirling complained of difficulty getting exercise, proper food and regular insulin injections to manage his diabetes and other ailments. He also described how COVID-19 cases were prevalent in the prison.

Stirling provided handwritten assurances that, if released, he would have a driver waiting to take him to the Canada-U.S. border, where his family would meet him and take him back to Victoria.

He also supplied a note from the Canadian consul in Seattle, Wash., confirming he would be allowed to cross the land border with a birth certificate and driver's licence, as Stirling said his passport was still in the custody of U.S. Immigration and Customs Enforcement.

Stirling also submitted to the court a note he had written to the Sheridan prison warden in Oct. 2020, saying that upon his release he would "begin two weeks of quarantine at my home in Victoria," adding "I then have a job as a captain in commercial fishing where I am employed at a high pay."

In May 2006, Stirling and several others were arrested in Ucluelet, B.C., aboard a fishing boat found to contain millions of dollars worth of Mexican marijuana.

According to the RCMP, Stirling has a long history of drug-smuggling convictions dating back to at least 1989, when he was arrested in Victoria.

Stirling declined to comment on this story through his U.S. lawyer.