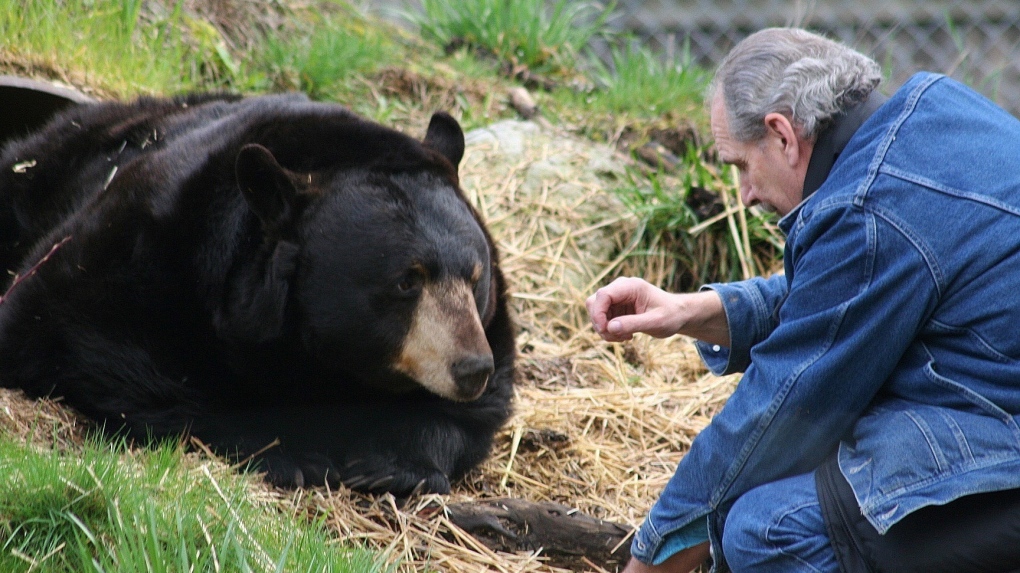 A community favourite black bear that lived at the North Island Wildlife Recovery Centre in Errington died on Tuesday "surrounded by people who loved him," the centre announced Wednesday.

Knut, who lived to be 25, died from complications related to advanced age, according to the rescue centre.

Knut was brought to the North Island Wildlife Recovery Centre (NIWRC) in 1996 after his mother, who was born in captivity at the Vancouver Game Farm, refused to or did not know how to care for him, according to NIWRC.

Since then, Knut grew to become a favourite of caretakers and visitors.

"Visitors often commented that they grew up with Knut, having met him when they were young and then brought their own children to meet him," said the wildlife centre.

NIWRC says he could often be found playing with his younger bear companion, Rae, or lounging in his preferred spot in the front of the bear enclosure.

Images of Knut were also used for a range of educational programs, and the wildlife centre credits the bear with helping it understand how to aid cubs that come into its care.

"The lessons learned from caring for this amazing animal have enabled NIWRC to develop a world-class black bear rehabilitation program and helped rehabilitate and release hundreds of ill, injured or orphaned cubs back into the wild," said the rescue centre.

The NIWRA notes that Knut was particularly close to one caretaker, Robin Campbell, who hand-raised the animal since it was first taken in, and who is described as Knut's "best human-friend."

The rescue centre says that a memorial is being created for Knut which will be publicly accessible.