The Municipality of North Cowichan, B.C. is scrapping its coat of arms, which depicts a white logger and pioneer woman with a Latin motto meaning "no stepping back."

"I think it's appropriate that it's 'sunsetted,' as they say," she told CTV News on Wednesday.

"It's just really important to not ignore the history that the coat of arms does represent, but also continue to acknowledge our non-colonial history as well," Sawrie said.

The coat of arms is not used often, but it can be found on the side of North Cowichan's Municipal Hall and on some documents.

"We do have priorities around inclusion, reconciliation, building relationships with our Indigenous neighbours, and I don't think our coat of arms really reflects that," said Sawrie.

"It's amazing that North Cowichan is actually taking a step forward and telling the province, 'This is what we're doing. This is reconciliation to us,'" said Atleo.

Other Vancouver Island residents are also re-examining government symbols, and what they represent. 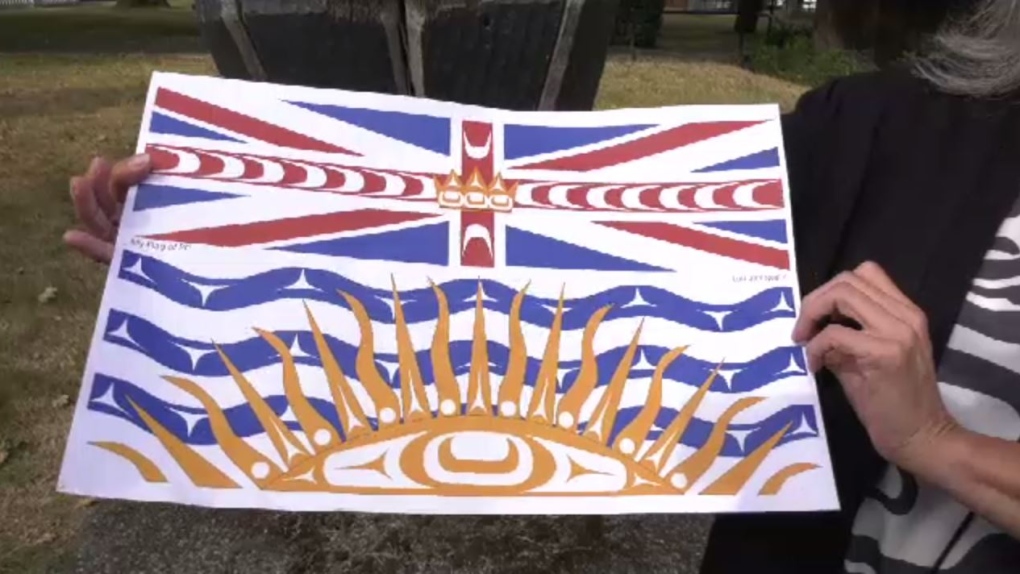 "These are very important markers where we can, as citizens, weigh in and share what we believe our country should represent, and how we want to express that visually through art," she said.

In the short term, North Cowichan is set to remove its coat of arms from old signage, and it will stop using the design moving forward.