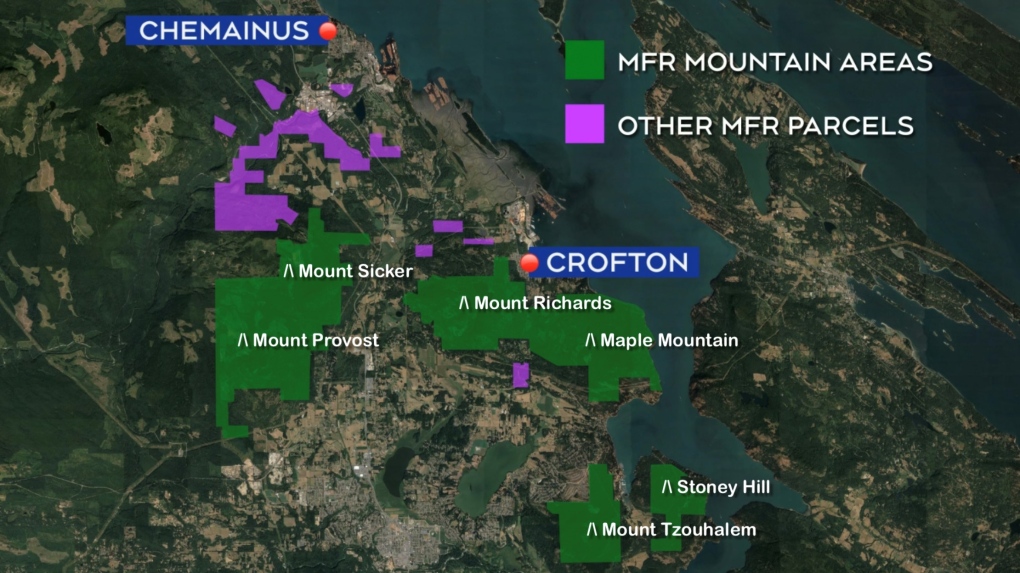 North Cowichan is looking for feedback on how to manage its municipal forest reserves. (CTV News/Google Earth)

A public engagement process is underway to determine what route North Cowichan, B.C., should take when it comes to managing its Municipal Forest Reserve (MFR).

There are four different scenarios the public can voice their opinion on. The scenarios are:

• Keep the status quo and continue harvesting at rate of 17,500 cubic metres per year.

• Active conservation which will drastically limit the amount of harvesting per year.

• Passive conservation which will move entirely away from harvesting.

For years, harvesting has brought in a revenue source for the municipality to lower taxes and fund certain projects. However, if a more conservative scenario is chosen, carbon credit offsets could be a revenue source instead.

People can voice their opinion during a series of public engagement processes taking place during December.

There will be an in-person session on Wednesday from 3 p.m. to 7 p.m. at the Maple Bay Fire Hall.

Virtual engagement sessions are also scheduled for Dec. 6 and 12. There will also be telephone and an online surveys.

The review process began last year when the UBC Partnership Group, including the University of British Columbia and 3GreenTree Consulting, were hired to conduct a technical review of the forests, which resulted in the four scenarios put forward for consideration.

North Cowichan has managed it’s MFR since the 1940s, making it one of the oldest community forests in the province.

The MFR is made up of 5,000 hectares of woodlands, including Mount Prevost, Mount Sicker, Mount Tzouhalem, Stoney Hill, Mount Richards and Maple Mountain. 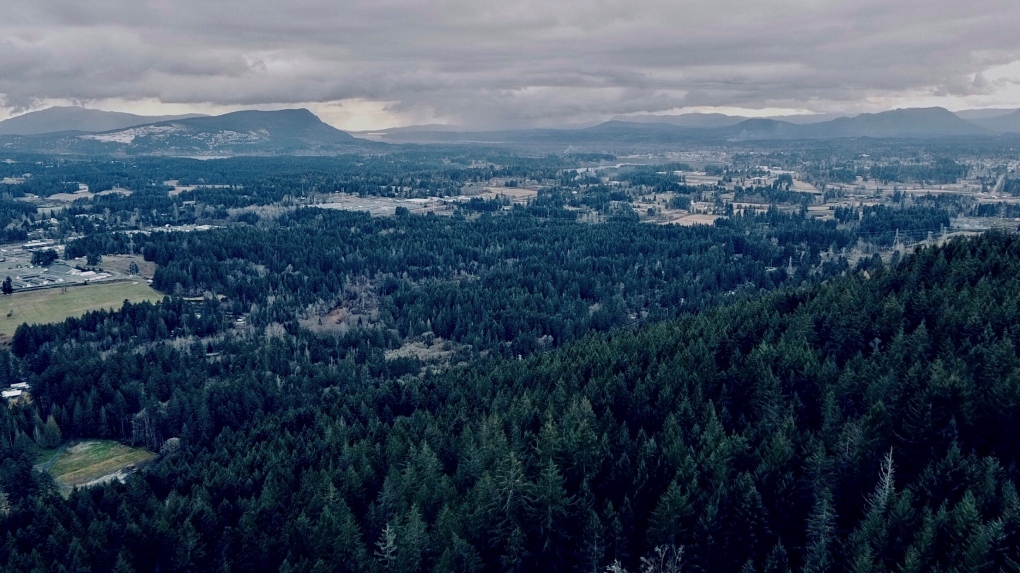 North Cowichan, B.C., is pictured. (CTV News)The public input will be gathered by staff and submitted to council in the new year, along with the consultant's final recommendations and input from local First Nations to determine a path going forward.

More information about the review process can be found on the North Cowichan website.

Two pilots are safe after a large air tanker owned by a Vancouver Island company crashed while battling wildfires in western Australia on Monday.