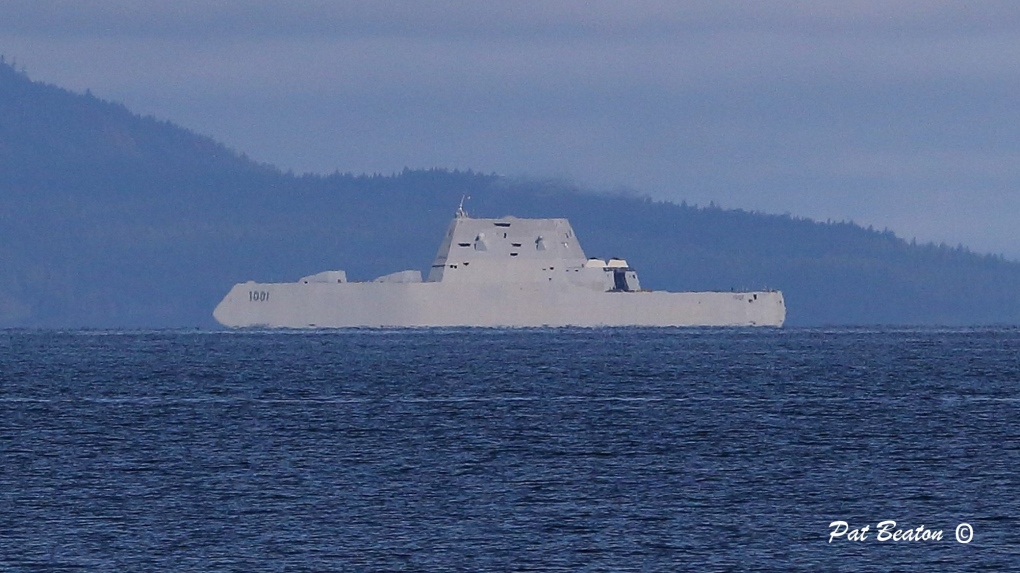 The USS Michael Monsoor, which is one of three new Zumwalt-class destroyers for the US Navy, was spotted in the Georgia Strait just north of Nanaimo on Monday afternoon.

Commissioned in January 2019, the futuristic-looking ship is a stealthy guided-missile destroyer and is designed to fool radar detection, making it seem like a small fishing boat.

The $1.4 billion warship is based in San Diego. In, 2019 its sister ship, the USS Zumwalt, paid a visit to Canadian Forces Base Esquimalt.

According to a US Navy press release in 2019, the ship spotted off Nanaimo on Monday was named after Navy Petty Officer 2nd Class (SEAL) Michael A. Monsoor, who was posthumously awarded the Medal of Honor for his heroic actions in Ramadi, Iraq, Sept. 29, 2006.