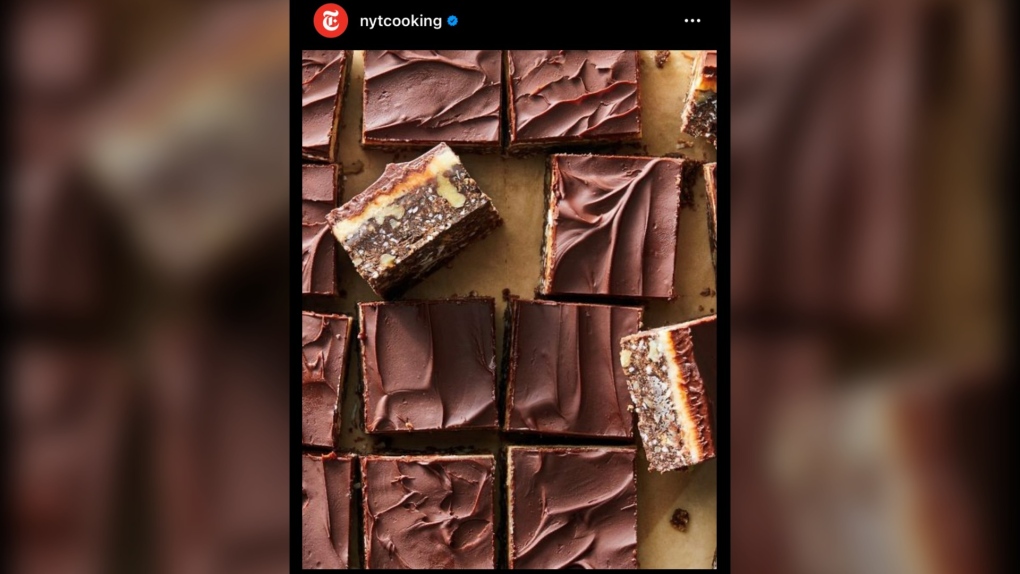 VICTORIA -- One of Canada’s most famous dessert treats, the Nanaimo Bar, was recently featured in the New York Times' online cooking page, and has subsequently sparked a playful online debate about its authenticity among Canadians.

On Tuesday, the NYT Cooking Instagram page posted a Nanaimo Bar recipe with the caption, "Canadians, this one’s for you. Get the recipe for classic Nanaimo Bars."

The dessert featured in the post, however, has a very noticeable disproportionate ratio of the nut base layer compared to the middle custard icing layer typically seen in Nanaimo Bars.

The post drew over 600 comments in two days, and has some Canadians arguing that the recipe is not, in fact, a classic Nanaimo Bar.

While another comment said, "The near absence of a buttercream layer is most un-Canadian indeed."

It's not the first time that the NY Times has drawn attention to the Canadian dessert named after the Harbour City.

In 2019, the New York Times released a recipe for a Nanaimo Bar, claiming the dessert was from Canada. Vancouver-born actor Seth Rogen felt the need to clarify that the treats were originally from Nanaimo.

"It’s actually from Nanaimo which is a town on Vancouver Island, which is where the ferry arrives when you leave Vancouver," the actor wrote at the time.

"This is a strange headline. But these things are f--king delicious," he added.

At least one Canadian-made Nanaimo Bar-related product has hit the mark. In 2020, an Ontario-based whiskey distillery launched a "Nanaimo Bar Cream" liqueur, that was met with rave reviews.