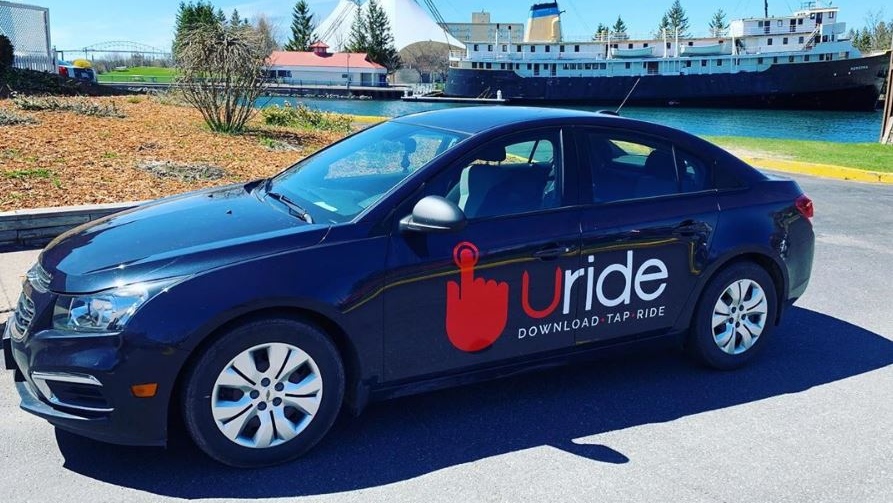 A Uride-branded vehicle is seen in this file photo provided by the company in September 2019.

Canadian ride-hailing company Uride has received its business license in Victoria, clearing the way for a September launch.

The ride-hailing company received approval earlier this year from the Passenger Transportation Board to operate in the Capital Regional District on the island, but needed a business licence from the City of Victoria before it could begin offering rides.

With this final hurdle cleared, Uride will be able to pick up anywhere with in the city with drop offs at any location in the region, allowing it to focus on Victoria before it branches out to other municipalities.

“We understand that accessing reliable transportation is a struggle for the people of Victoria, and we plan on coming in and addressing that need," said Ravi Dhami, Uride’s Regional Operations Manager for Western Canada.

In an online interview, Dhami said Thursday that the company has been operating in Kelowna since May and in Kamploos since June, with more than 100 drivers employed.

To launch its services in Victoria, Dhami said Uride is looking to hire “hundreds of drivers.”

That could be challenging given the tight labour market, but Dhami said a lack of interest is less of a deterrent to would-be drivers than the costs associated with taking on the work. So, the company is offering to cover the costs for applicants.

“We’re covering all onboarding expenses for applicants,” said Dhami. “That includes the Class 4 (driver's licence) knowledge test, the road test, the licensing upgrades in general, the vulnerable sector checks that you need, commercial vehicle inspections. We’re covering all those costs.”

Uride is Victoria’s second ride-hailing service, after Lucky to Go.

The new company plans to begin service in Nanaimo by the end of the year.

Poilievre denounces Diagolon 'losers', asks RCMP to look into threat against his wife

The grandmother of an Indigenous teenager whose body was found near a group home in Hamilton told an inquest into his death Monday that his story is not over.