A research company based out of Toronto has launched what it calls its "Rage Index," which probes what issues Canadians are currently angriest about.

Pollara Strategic Insights launched the monthly Rage Index on Monday, and found that the topics that make the majority of Canadians angry is recent news stories, inflation and the trucker convoy.

"You've got at least eight out of 10 people who are somewhat angry at that, and four in 10 who are 'very angry,'" he said. 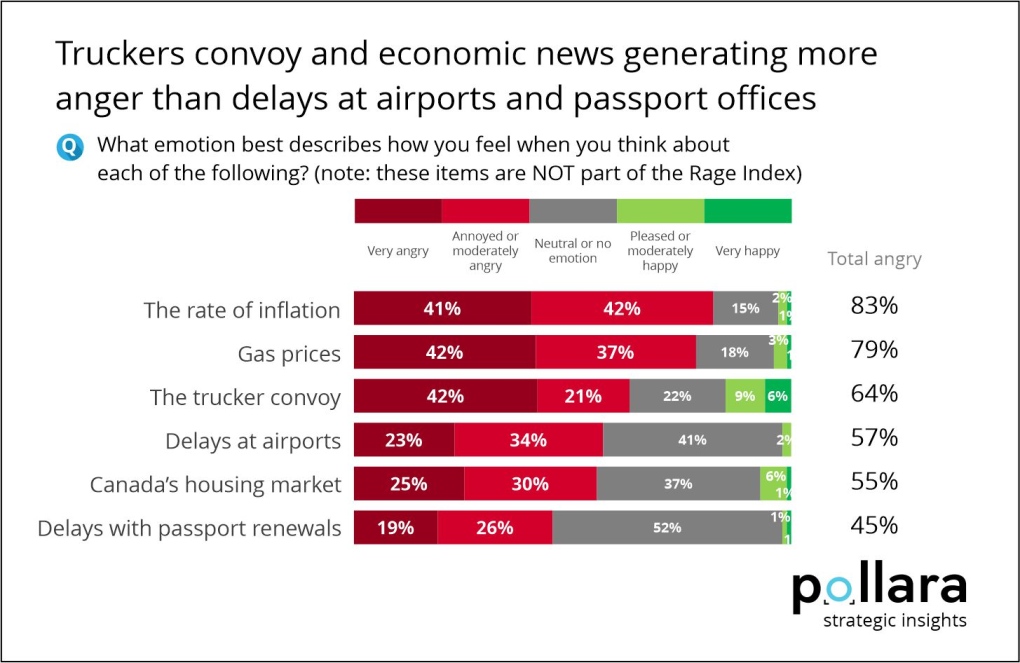 The company surveyed about 2,000 Canadians between July 25 and Aug. 2 to complete the poll.

The Rage Index found that the Prairie provinces of Saskatchewan and Manitoba were the most frustrated, with 55 per cent of respondents being generally "annoyed" or "angry" with the current state of affairs in Canada.

Quebec seemed the least perturbed, with 43 per cent of respondents saying they were angry or annoyed.

Alberta was the second angriest province, according to respondents, with 53 per cent reportedly being angry, followed by Ontario at 51 per cent, and tailed by the Atlantic provinces and B.C. which tied with 49 per cent. 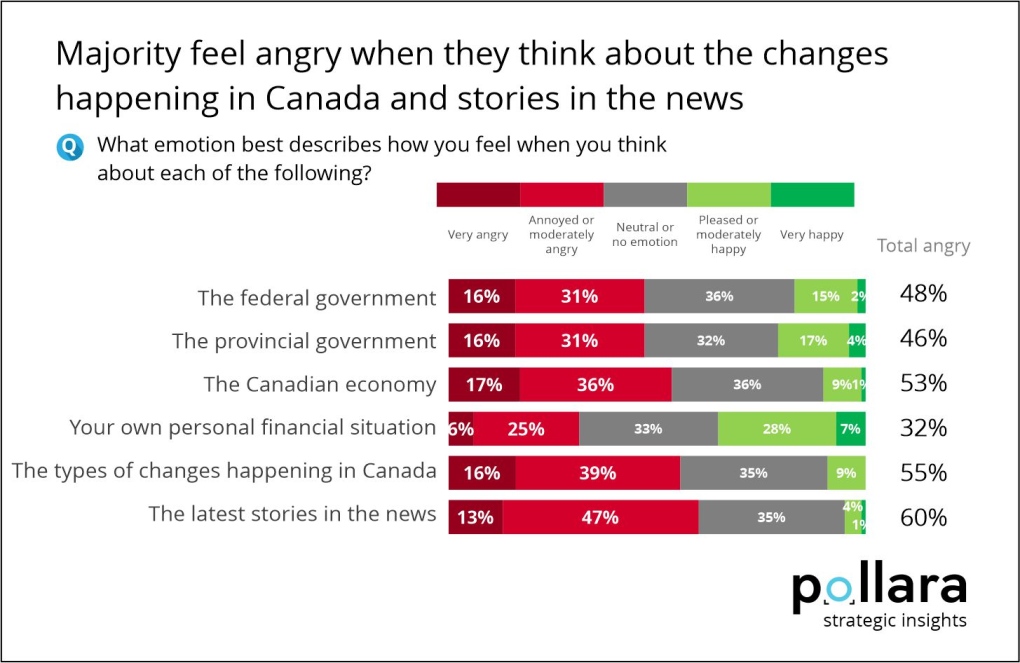 In general, men and women reported being similarly angry with living conditions in Canada, while middle-aged Canadians were the age group that reported the highest levels of anger.

Lower income earners and people who were born in Canada were also angrier than their counterparts, according to the poll.

The full survey report can be found on the Pollara Strategic Insights website.