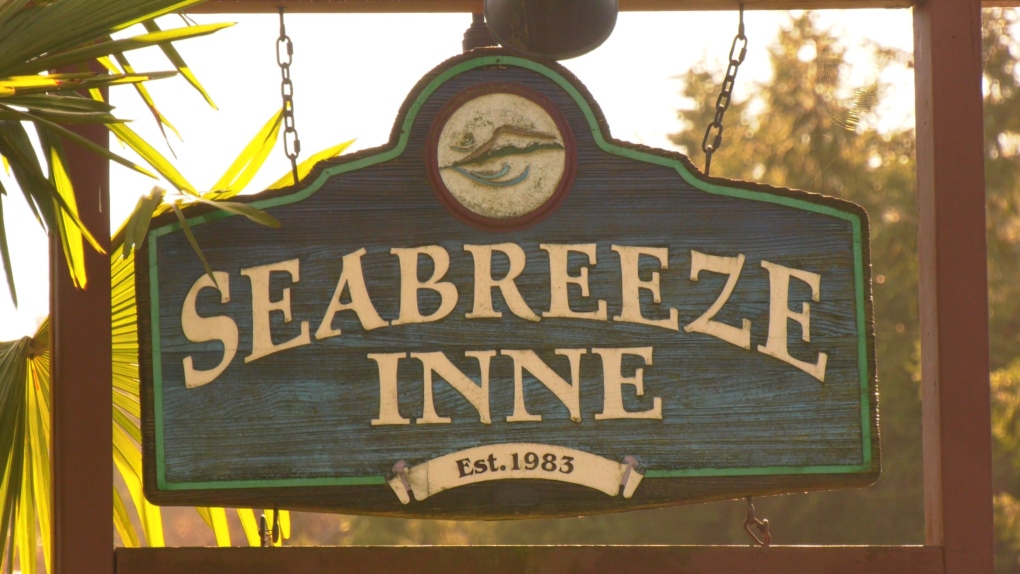 Residents of the Seabreeze Inne on Salt Spring Island are breathing a sigh of relief after the province announced new permanent homes and shelter space for the homeless and most vulnerable.

The new supportive housing project will provide 28 new, permanent homes for those experiencing or at risk of experiencing homelessness and will be built at 161 Drake Rd. in Ganges.

Currently, the motel is being rented by BC Housing to meet the needs of the homeless population on Salt Spring, but that will soon come to an end as the building has been sold.

The local hospital foundation has bought the Seabreeze to provide much-needed housing for health-care workers at the Lady Minto Hospital, which is understaffed due to lack of affordable housing in the region.

The project is being funded by the province and the Capital Regional District, with collaboration from BC Housing and several other organizations.

"This new project will provide permanent, safe and secure housing with supports to vulnerable members of the Salt Spring community who have struggled to find a place to live," said David Eby, Attorney General and Minister Responsible for Housing, in a news release.

"This successful collaboration between BC Housing, Capital Regional District, Islands Trust, Lady Minto Hospital Foundation, and Salt Spring and Southern Gulf Islands Community Services Society shows what we can accomplish when we work together.”

Residents will live independently and have access to supports, such as daily meals, laundry, employment support, health supports, harm reduction and community programming.

“This outcome means health-care workers have a place to live on the island, and the most vulnerable residents of Salt Spring also have a home,” said the Attorney General.

The Salt Spring and Southern Gulf Islands Community Services Society will operate the facility when it opens.

“The announcement that BC Housing is constructing and funding the operation of 28 new supported housing units is great news for the community,” said Rob Grant, Executive Director of Salt Spring Island Community Services (SSICS).

“This will improve housing stability for many individuals.”

Grant says a recent count by BC Housing and SSICS Housing First staff identified about 60 people requiring some level of supportive housing on the island.

“SSI Community Services will do whatever we can to ensure the success of the Drake Road site,” he continued. “I am also relieved that no one currently residing at the Seabreeze will lose their housing at this time. We thank the Lady Minto Foundation for extending the time for their vacancy requirement, and wish them good luck for a smooth and speedy development of hospital staff housing.”

The province is fast-tracking the project straight to the construction phase using its authority under the Interpretation Act, commonly known as "statutory immunity."

BC Housing will be engaging with the public and Drake Road neighbourhood stakeholders this month. More information can be found on the BC Housing website.

Current residents at the Seabreeze Inne will move directly to the new housing complex once it’s completed.

“It’s been a long time coming and it will really help secure some housing for some people that really need the supports,” says Grant, adding that he has some concerns.

“I don’t want to take the shine off it because it’s always good to have new things happening; but is it enough? No. We’re far away from addressing all the needs of the community.”

The 2021 homelessness count identified about 150 homeless on Saltspring, of which 100 were unsheltered and the rest were in provisional accommodation.

The island’s emergency shelter has been at full capacity for years, and there are still many people in vehicles, camps and sleeping rough around the island, according to Grant.

“There are still a lot of unknowns about how this will ultimately play out, and we are looking forward to more clarity,” said Grant. “The part of this plan which reduces emergency sheltering capacity in the community will be a challenge.”

Site preparation and construction will begin in the coming weeks. The building is expected to open in late summer 2022.

The police official blamed for not sending officers in more quickly to stop the Uvalde, Texas, school shooting is the chief of the school system's small police force, a unit dedicated ordinarily to building relationships with students and responding to the occasional fight.

Fifty-eight-year-old Vivian Ketchum is set to receive her high school diploma at a graduation ceremony at the University of Winnipeg next month. It is a moment that is decades in the making.

Students trapped inside a classroom with a gunman repeatedly called 911 during this week's attack on a Texas elementary school, including one who pleaded, 'Please send the police now,' as officers waited more than an hour to breach the classroom after following the gunman into the building, authorities said Friday.

Fragments of a comet broken nearly 30 years ago could potentially light up the night sky Monday as experts predict an 'all or nothing' spectacle.

A new report says Ottawa, Vancouver and Toronto rank among the top 20 cities around the world when it comes to work-life balance.

Transport Minister Omar Alghabra says the federal government is working with groups on the ground to resolve air travel 'bottlenecks' in time for a busy summer.