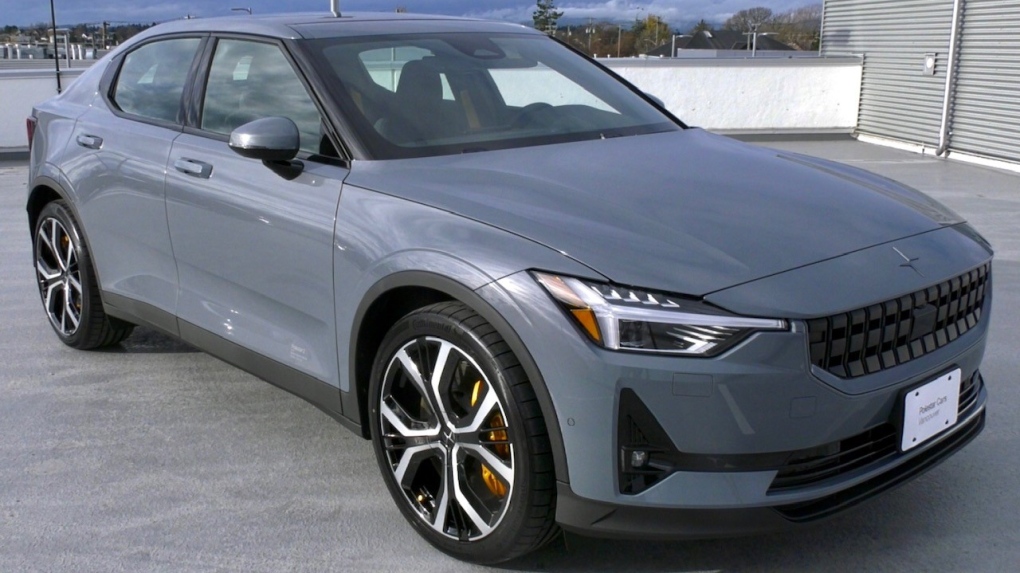 Polestar, a spin-off company of Volvo, is bringing two types of luxury electric and hyrbrid vehicles to the B.C. market.

The company will not have traditional brick-and-mortar car dealerships, however. Polestar is a digitally based company where customers can do everything online, from arranging a test drive to choosing a colour, options, ordering and financing.

"Within two or three minutes you can order your car online, put a deposit on it and it’s built within three to four weeks and the vehicle will be here and ready for delivery," said Barry Sadler, a senior manger at the Vancouver Island-based GAIN Group.

The company’s primary electric vehicle is the Polestar 2, a luxury five-door fastback that has a 375 kilometre range on a single charge.

Other key features include regenerative breaking, 0-100km/hr acceleration in under five seconds, a panoramic sunroof, seating for five and more.

"There has been a tremendous amount of interest in the vehicle, people are overwhelmed by it’s driving abilities," said Sadler.

"It’s all powered by Android-Auto so that’s key and a big difference to some of the other electric cars in the marketplace," he said. "I have had a chance to drive it, and it’s amazing."

The China-built base model starts at $69,900 and goes up from there depending on added features.

The new EV company advertises home delivery and pickup service for customers within 250 kilometres of a Polestar space.

Polestar Vancouver opened in Park Royal Mall in West Vancouver but will move to a new permanent home at the corner of Seymour and Robson streets in downtown Vancouver in the spring of 2021.

Polestar sales centres have no salespeople; instead, customers will be assisted by non-commissioned product specialists who can help with product information and test drives.

The Vancouver Island-based GAIN Group will represent the brand in Western Canada along with Polestar Vancouver.

There are two other locations opening in Canada, one in Toronto and the other in Montreal.

The GAIN Group has already begun to take pre-sale orders throughout Western Canada.

People can see, touch and test drive the new Polestar 2 by contacting the GAIN Group and making an appointment.

According to the B.C. government, British Columbia had the most sales of electric vehicles per-capita in all of North America compared to other provinces and states last year.

Vancouver Island saw the highest number of electric vehicle sales last year, at roughly 9.9 per cent of all vehicles sold. Meanwhile, the provincial average during the same time period was nine per cent.

California boasted the second highest number of per-capita electric vehicle sales in North America with eight per cent, followed by Quebec with seven per cent.