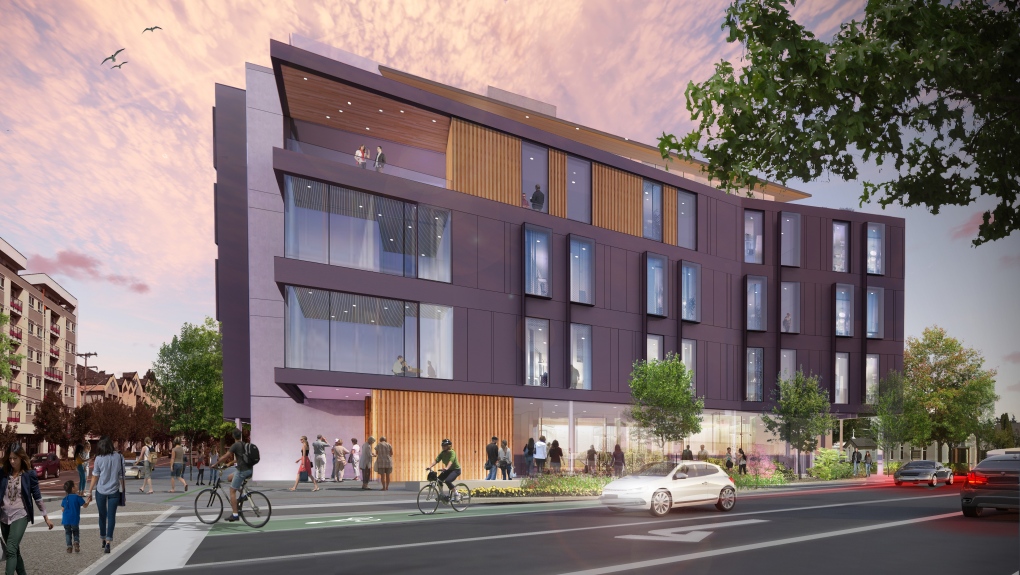 A rendering of the post-secondary campus coming to Langford, B.C., is shown. (BoForm, courtesy of hcma)

The $98-million property will be the first of its kind and will host courses put on by the University of Victoria, Camosun College, Royal Roads University, and the Justice Institute of British Columbia.

Prospective students will be able to go to the campus in downtown Langford and take courses from UVic and Camosun on the same day, for example.

The location of the campus at 798 Goldstream Ave. will also benefit West Shore residents who would otherwise have to travel outside their communities to access post-secondary education.

According to the province, the West Shore region, which includes communities such as Langford, Colwood, View Royal and Metchosin, has a lower-than-average rate of students leaving high school and directly entering post-secondary education.

The provincial average of direct-to-post-secondary transition is 51 per cent, while the average rate for the West Shore region is 38 per cent, according to the B.C. government. 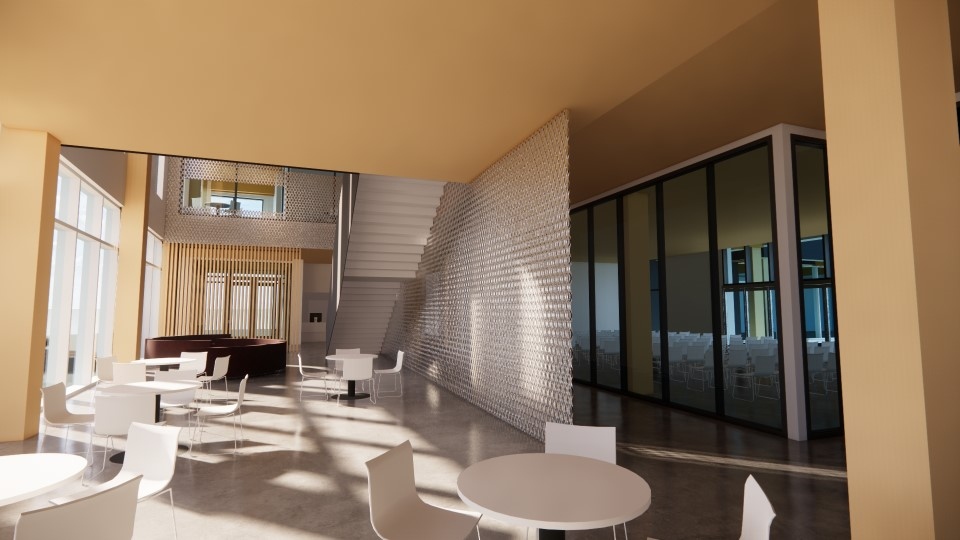 A rendering of the post-secondary campus coming to Langford, B.C., is shown. (hcma)

Many prospective students cite "long commutes" as a barrier to accessing upper-level education, the province says.

"The people of the West Shore have waited a long time to have another post-secondary campus in their community," said Premier John Horgan in a statement Wednesday.

"Residents will now be able to further their education right here at home without needing to live in – or commute to – another city," he said.

Horgan added that one million job openings are expected in B.C. over the next decade, with four out of five of those jobs requiring a post-secondary education or some kind of specialized training.

The new Langford campus will offer a range of programs from each participating institution, such as business and communications studies from RRU, computer science and engineering programs from UVic, health-care assistant and educational assistant training from Camosun, and first-responder and paramedic training from the JIBC.

The campus will also offer adult upgrading and education programs put on by School District 62.

Construction of the new campus is already underway and the property is expected to open to approximately 600 students in fall 2024.

Once fully built out, around 2035-2036, the campus will be able to hold about 1,300 full-time students, according to the province. 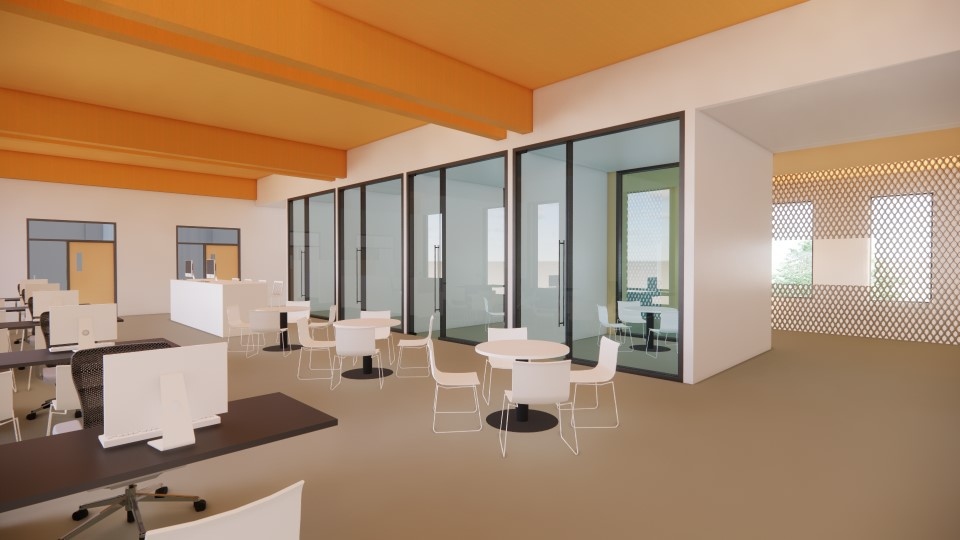 A rendering of the post-secondary campus coming to Langford, B.C., is shown. (hcma)

The campus will be built out of mass timber and will be five storeys tall. Besides classrooms, the building will also contain student support rooms, "flexible learning spaces" and rooms for Indigenous gatherings.

The B.C. government is contributing $77.8 million to build the campus, while Royal Roads University is providing $18.5 million, as well as $500,000 for other capital costs.

UVic is contributing another $1 million, while Camosun College has promised $200,000.

The City of Langford has also agreed to build parking and infrastructure upgrades on the campus, valued at $26.5 million, as well as $1.5 million in funding over 10 years for development.

The municipality is also launching a five-year education fund, which will annually provide $75,000 to local youth who graduate from high school and want to attend the Langford campus.

Langford Mayor Stew Young says that the overall property also has space for more buildings if there's a desire for expansion in the future.

CTV News has declared the Quebec Liberal Party (PLQ) will retain its official Opposition status, and Party Leader Dominique Anglade has been re-elected.

Two winning lottery tickets in Ontario are on the verge of expiring.

The Iranian government's crackdown on protesters is likely to 'intensify' in the coming days, despite sanctions from Canada and international condemnation, an expert says.