For the first time ever, the District of Saanich has approved construction of a multi-unit residential building that will not include parking spots.

Normally, a nine-unit townhouse project would require 23 parking stalls in Saanich. Once the new complex is built on the corner of Richmond Road and Allenby Street, however, there will be none.

"It really is a location where people could quite easily get around without a car," said Saanich Mayor Dean Murdock on Tuesday.

The building will be close to transit stops and Hillside mall. Saanich council unanimously approved the project with the capital region's housing supply crisis in mind, says Murdock.

"If we’re not requiring space on that site to store a car, it means we can create an additional home," he said.

The Camosun Community Association has its concerns, however.

The district says the complex will cater to those choosing to live a car-free lifestyle. There will be storage for 18 bicycles, one car-share parking spot with an electric charging station, and all residents will receive a Modo car-share membership.

"From our point of view, that doesn’t sound very realistic," said Dopp.

Dopp also lives next door to the approved project site. His concern is that the quiet street he lives on will become a parking lot. 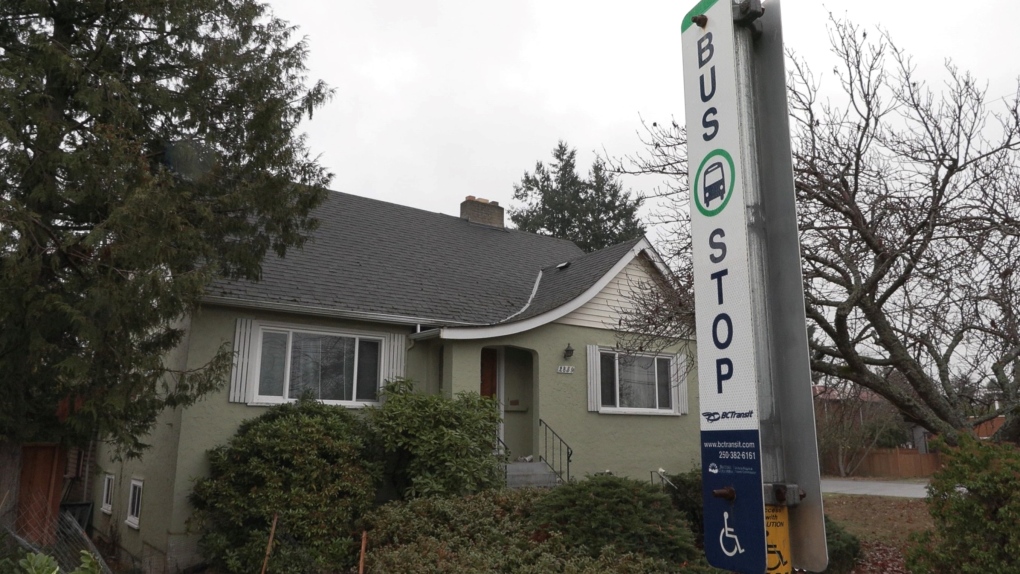 The house that currently sits at the corner of Richmond Road and Allenby Street in Saanich where the nine-unit townhouse complex will be built is shown. (CTV News)

Julian West, principal and owner of Urban Thrive Developments, says 80 people are already on a waitlist to get one of the nine townhouse units.

He says the next step will now be about getting people who already live a car-free lifestyle into those townhomes.

"We approached this from a couple of levels and the first piece is that matching process," said West.

"The final piece of the puzzle for us is we’re actually going to have a contract with our buyers," he added.

The contract stipulates that residents can't park on the street.

Dopp says he's concerned about what will happen when the original owners eventually sell their homes at some point in the future.

"And then what happens if the composition of residents in the building changes?" said Dopp.

He adds that the 'no parking' stipulation will rely on the honour system.

"He’s [West] admitted that it’s not enforceable, so it’s kind of like, moral pressure, I guess, is the hope," said Dopp.

The permitting and construction process is expected to take up to a year and a half to complete.

Parks Canada says visitors will be able to start booking reservations for camping and other activities at its sites across the country in March.

Police departments in the Maritimes say there are issues with 911 emergency calling Tuesday morning.

No need for every toxic chemical to have a pollution plan, Ottawa says

The federal government is playing a dangerous game by refusing to force any company that makes or uses toxic chemicals to have a plan in place to prevent them from getting into the environment, a lawyer for the Canadian Environmental Law Association said Monday.