At Quality Foods in View Royal, B.C., the rising cost of food is on everyone’s mind.

With Thanksgiving weekend fast approaching, a new survey conducted by Dalhousie University and the Angus Reid Institute found that 29 per cent of British Columbians intend to make menu adjustments as a result of higher food prices.

"That is the highest percentage in the entire country," said Dr. Sylvain Charlebois, director of the Agri-Food Analytics Lab at Dalhousie University.

Here’s how much Thanksgiving mainstays have increased compared to last year.

On average, turkey is up 15 to 16 per cent, potatoes are now 22 per cent more expensive, cranberries are up 12 per cent and bread is up 13 per cent.

That is causing many to change how they shop.

"Nothing has really gone down too much. If anything, it’s, 'What hasn’t gone up the most?'" he said. 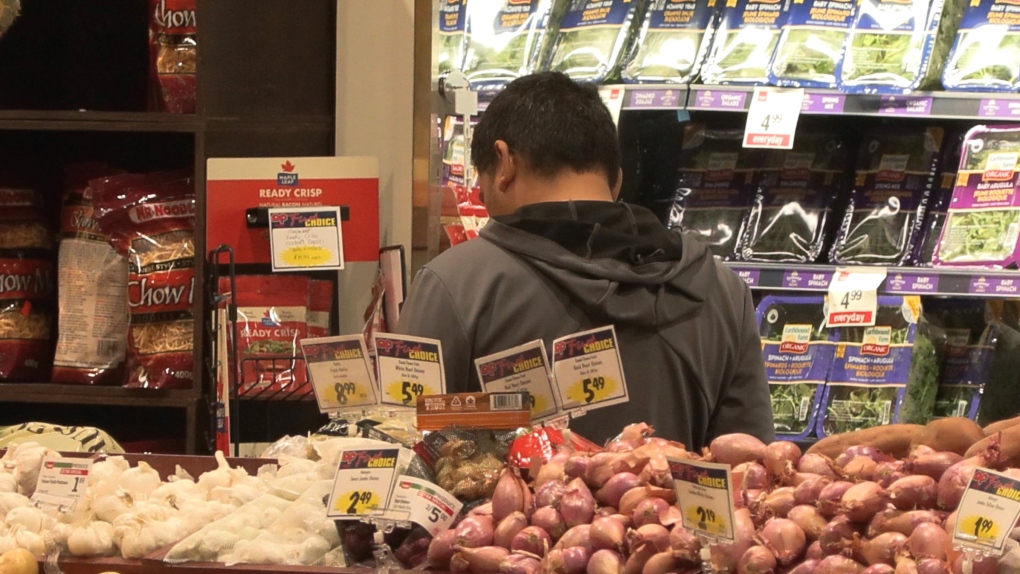 Metcalfe does have some tips for shoppers, in order to save a few dollars on their bill.

"I think the biggest one is to shop with a list," said the store manager.

Check the local flyers or store apps for sales, plan your meals in advance, make a list and stick to that list once you get to the store, he says.

Metcalfe's second suggestion is to look for the generic brands since they will be generally be cheaper.

"It’s just as good as the name brand," said Metcalfe.

His third tip is for the savvy shopper.

"Watch the unit price on the items," he said. "Toilet paper, for example, it will tell you how much each roll is."

Even though a product may be on sale, after looking at the unit price you may discover the one that isn’t on sale is actually a better deal.

While Sutherland was shopping in View Royal on Tuesday, she said her family still planned to hold a Thanksgiving dinner, though this year it will be a potluck.

"My mom and dad buy the turkey and then everyone just brings something," said Sutherland.