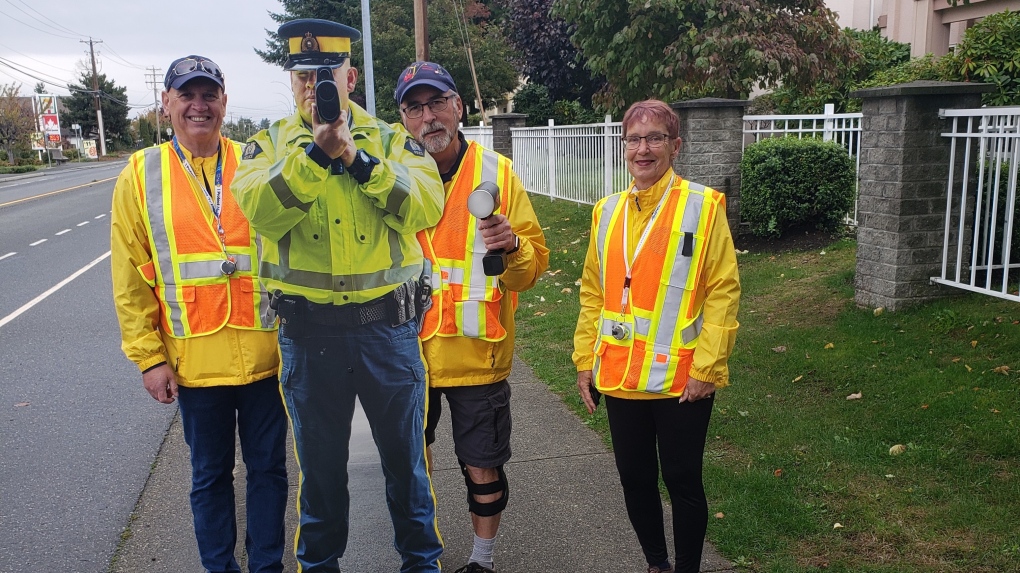 A six-foot-tall cutout of a real RCMP officer holding a radar gun is proving to be an effective tool in deterring motorist from speeding in the Harbour City.

"When motorist see him they immediately reduce their speeds," says Const. Gary O’Brien of the Nanaimo RCMP.

The officer, who is named "Const. Scarecrow," is used by Community Policing Volunteers who are involved in the Speed Watch program. The program monitors motorists' speed in various locations throughout the city.

While the volunteers are out, Const. Scarecrow is typically set up a short distance away after a speed board, which displays your speed and acts as a secondary reminder to slow down.

Const Scarecrow will be out targeting problem areas for speeding in Nanaimo, according to police.

RCMP in Nanaimo add that speeding continues to be one of the leading causes of crashes and are reminding people to please slow down.