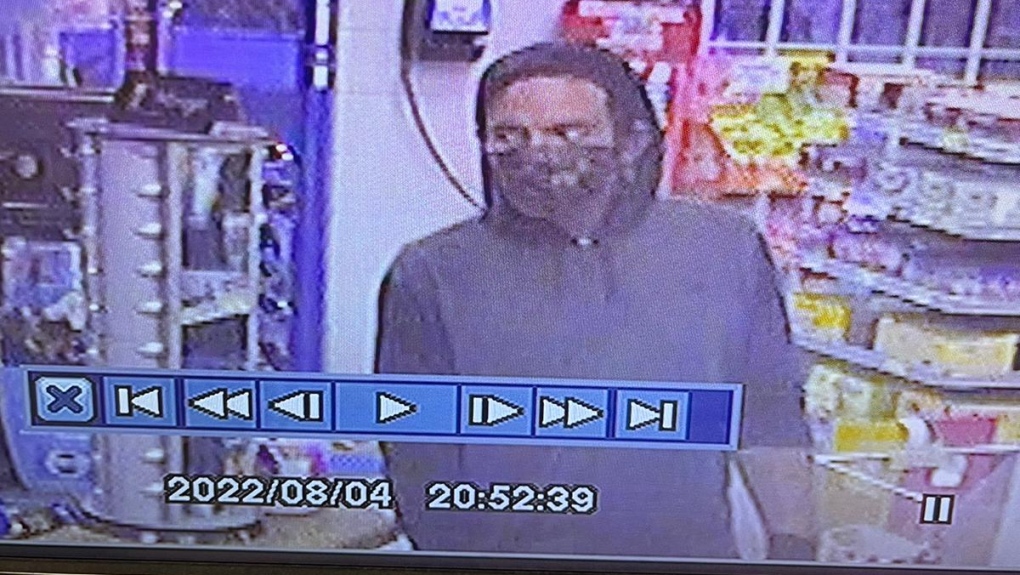 The Nanaimo RCMP say the man robbed the James General Store on Victoria Road just before 9 p.m. and fled before officers responded to the scene. (RCMP)

Mounties in Nanaimo, B.C., are searching for a masked man who held up a convenience store with a knife Thursday night.

The Nanaimo RCMP say the man robbed the James General Store on Victoria Road just before 9 p.m. and fled before officers responded to the scene.

Officers tried to track the man using police dogs but were unsuccessful.

"The clerk told officers that the suspect walked in their business, produced a knife then demanded money from the till," the Nanaimo RCMP said in a statement Friday.

"The clerk complied with the demand then watched as the suspect headed northbound on Needham Street."

Investigators do not know if the man left the area on foot or by other means, police said.

"The clerk was not injured but was shaken by the ordeal," police said, adding that victim services are assisting the clerk.

Police are looking for a dark-skinned man, standing approximately five feet 10 inches tall with a slim build. The suspect was wearing a dark, hooded sweatshirt, blue medical mask and gloves.

Anyone with information about the incident is asked to call the Nanaimo RCMP at 250-754-2345.