A small dog is now safe after Nanaimo, B.C., firefighters and city staff received a "yelp for help" from inside a drainage pipe on Canada Day.

Nanaimo Fire Rescue says a small dog, named Dobby, was stuck inside a drainage pipe early Friday and the animal was at a serious risk of drowning.

Assistant fire Chief David Dales says the fire department received a 911 call from the dog's owner, who was "extremely distressed."

Firefighters and city workers headed to the scene and tried to locate Dobby, who they could hear yelping from inside the drain system.

"[Fire officers] were opening manhole covers because they could hear the dog yelping," said Dales.

"As they were popping off manhole covers they were getting closer," he said. "Then they were able to visualize where the dog was trapped."

Dales says Dobby must have entered the drainage system through a horizontal pipe.

"Because [the pipe] was very small, the dog was unable to turn around, so it kept moving forward," said the assistant fire chief. 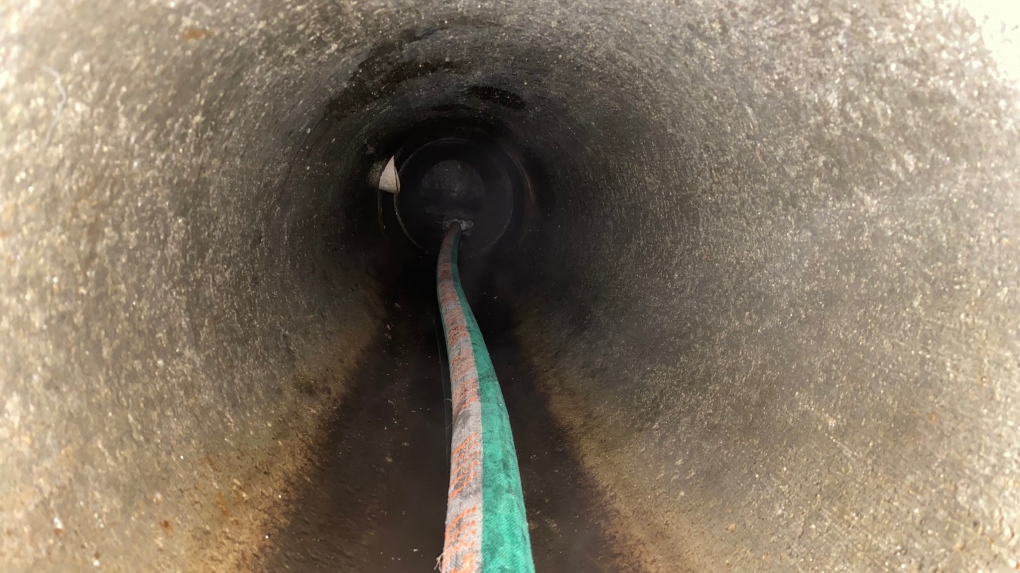 The drain that Dobby was trapped in is shown. (Nanaimo Fire Rescue/Twitter)

Dales says the dog kept moving forward until it got to an area where several drainage pipes meet, which creates a deep well of water.

"The dog was stuck there trying to swim," said Dales. "The dog was very close to drowning, so the firefighters collectively devised a plan."

Firefighters covered a 45-metre (150 foot) fire hose with a blanket and plugged its nozzle with the hope that 12-year-old Dobby would be able to grab onto it.

Firefighters then partially filled the hose with water and sent it down the pipe. Fortunately, Dobby was able to grab onto the blanket-covered hose and crews slowly pulled the hose back out of the pipe. 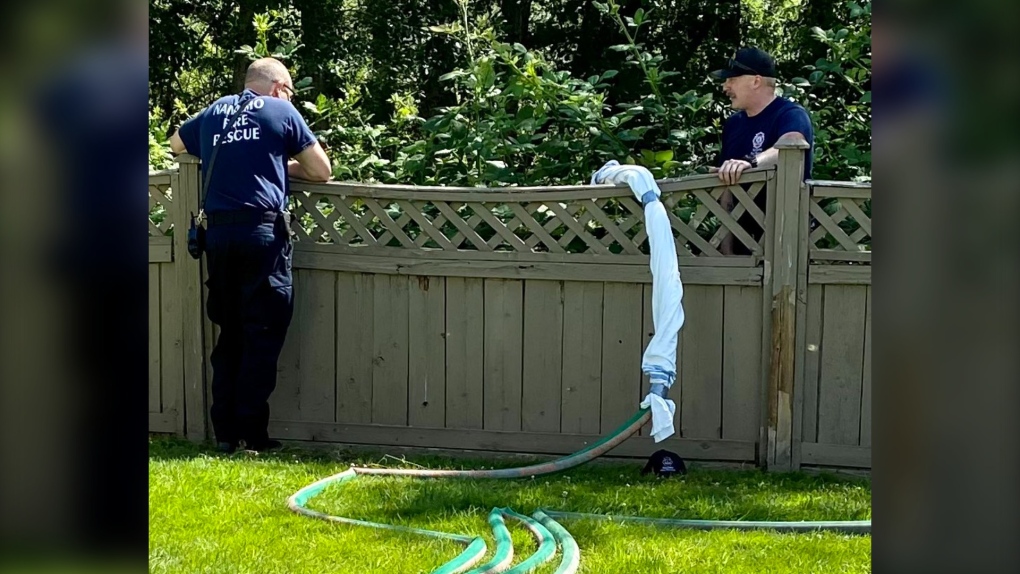 Dales says the dog was "exhausted and needed a bath" but was otherwise unharmed.

Dobby's owners are extremely grateful and neighbours have put up a screen on the pipe that Dobby entered through, Dales believes.

The assistant fire chief says he's proud of the firefighters who responded and that he understands the rescue needed some "ingenuity and creativity." 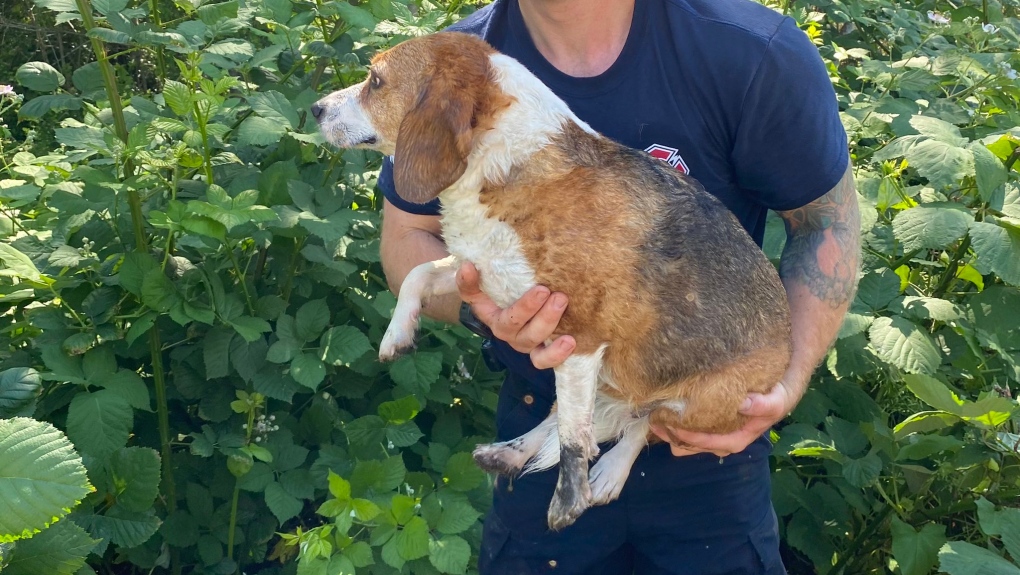 COVID-19 hospitalizations due to Omicron are vastly underreported: grassroots organization

Analysis by a grassroots organization of scientists reveals hospitalizations from the Omicron variant of the virus that causes COVID-19 could be 70 per cent higher than what has been reported since December.

As home prices drop, here's what you can get in Canada's most affordable markets

CTVNews.ca has compiled a list of homes in some of the most affordable regions across Canada, as many real estate markets see drops in average prices.