If you were looking to catch a BC Ferries sailing from Vancouver Island to the mainland on Friday, and you didn’t make a reservation, there’s a good chance you were sitting in a multiple sailing wait.

"No we did not (make a reservation) and that was our mistake," said one traveller who was heading to Nelson, B.C. for a family reunion from the Swartz Bay ferry terminal.

She waited two hours just to make it into the terminal.

"Because of all the reservations that were made, we were in the line and it just didn’t move," said the woman.

For those who could make a reservation, like Kylie Sergerie, they were the lucky ones.

"I just happened to be scrolling through, it said reserved, reserved and there was one open spot and it was for 1 o’clock for today," said Sergerie. "I managed to book that about an hour ago."

"The reservable space on the peak sailing times has been fully subscribed already and, as I say, there’s lots of stand-by traffic already at the terminals," said Deborah Marshall, executive director of public affairs at BC Ferries, early Friday afternoon.

"Customers might want to consider travelling as a foot passenger and have somebody pick you up on the other side," she said.

On the mainland, conditions were worse. All sailings from Tsawwassen and Horseshoe Bay to Vancouver Island are fully booked for Friday and Saturday. 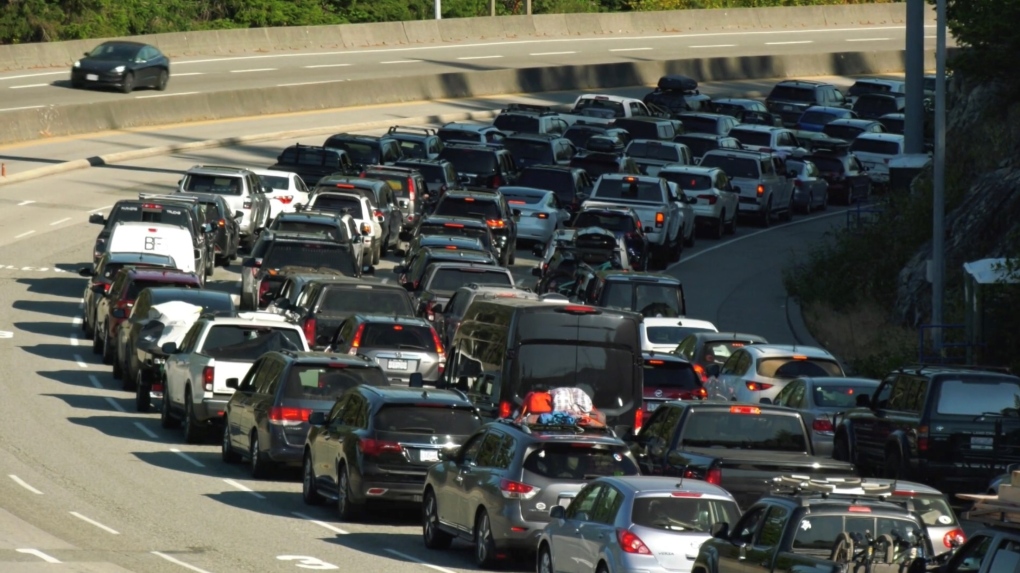 "We’re definitely seeing pent up demand," said Marshall. "I think a lot of people are wanting to have a 'staycation' and then of course with the wildfires in the Interior, I think some people probably changed their plans and decided to come to Vancouver Island instead."

The road leading into the Horseshoe Bay Ferry Terminal on Friday resembled a parking lot. Cars were overflowing outside the terminal at Tsawwassen as well.

On Friday, Fraser Health took advantage of all those people with nowhere to go.

"We are having one of the pop-up vax clinics at our Tsawwassen terminal today," said Marshall. 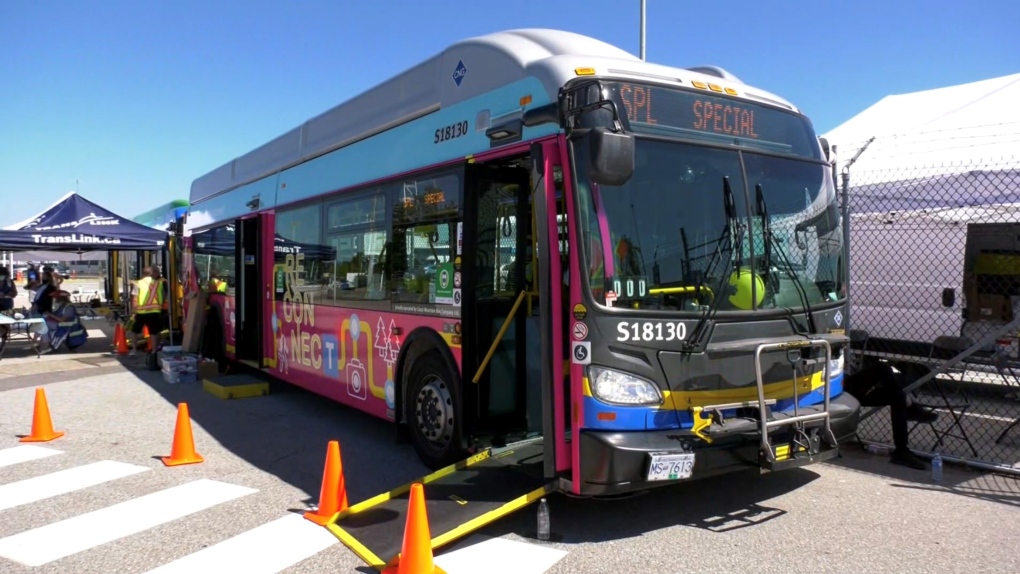 Back here on the island, Departure Bay terminal in Nanaimo was busy as well.

"Ferry traffic, it’s a little much," said one man heading to the mainland.

"We might be here as late as 5 o’clock to get on," he said early Friday afternoon.

BC Ferries is warning riders that Monday is expected to be extremely busy with all those mainlanders returning home. Reservations for a return trip to the mainland on Monday are already booked, but there are some reservations still available for Tuesday.

The Liberals are in winning territory with votes coming from mail-in ballots heavily in their favour, according to projections from Nanos Research.

An influential federal advisory panel overwhelmingly rejected a plan Friday to offer Pfizer booster shots against COVID-19 to most Americans, dealing a heavy blow to the Biden administration's effort to shore up people's protection amid the highly contagious delta variant.

Since the reopening on July 1, COVID-19 hospitalizations have increased more than fivefold, with intensive care admissions reaching record highs.

Obama and Clinton back Trudeau in election; Sanders endorses Singh

A new study has found that SARS-CoV-2, the virus that causes COVID-19, is evolving to get better at becoming airborne in its newer variant forms, raising concerns that loose-fitting face masks only provide 'modest control' against infection.

Police say two brothers shot during a home invasion and kidnapping in Hamilton early Thursday morning were trying to help their father, who investigators believe was the target of the deadly attack in the city’s Mount Hope neighbourhood.