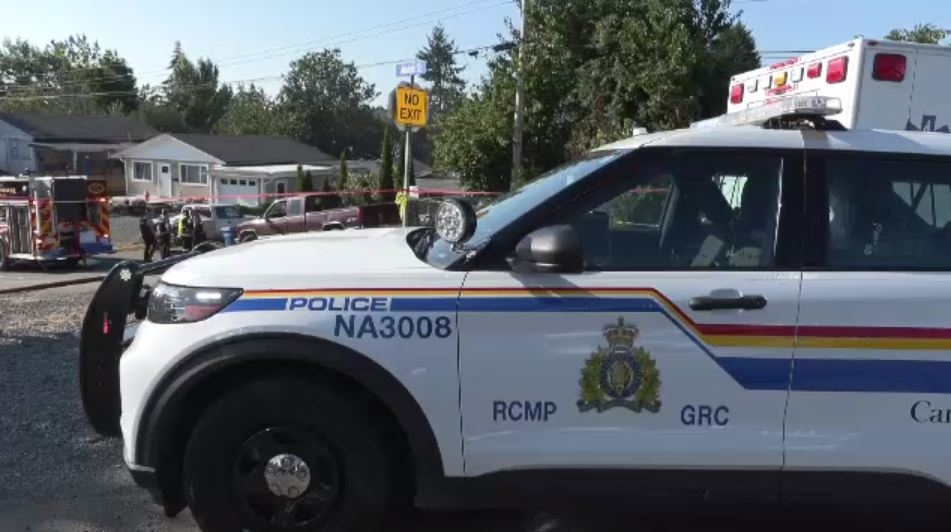 Firefighters were called to the house on Athletic Street at approximately 5 p.m. when neighbours saw black smoke billowing from the windows of the home. (CTV News)

Mounties say a man who was found dead after a Nanaimo, B.C., house fire last week was the victim of a homicide.

Police and firefighters were called to a house on Athletic Street at approximately 5 p.m. Thursday, when neighbours saw black smoke billowing from the windows of the home.

Once the flames were extinguished, firefighters searched the home and discovered the body of an adult male.

Police identified the victim in a statement Monday as Trevor Stross, 40, of no fixed address. The RCMP is releasing the man's identity in an effort to further their investigation, police said.

"Investigators have determined that Stross recently arrived in Nanaimo and was known to travel between Nanaimo and Victoria," according to police.

Investigators initially deemed the death suspicious and the case was turned over to the local RCMP's serious crime section.

Neighbours told CTV News the home had been frequented by the RCMP and was the scene of a police raid several days before the fire and the discovery of the body.

Nanaimo RCMP spokesperson Const. Gary O'Brien confirmed Friday afternoon that the house was visited by police "dozens of times in the last year" and was recently the subject of a police search.

Anyone who had recent interactions with Stross is asked to contact the Nanaimo RCMP at 250-754-2345.

How age is a big factor for immigration applicants to Canadaa

A search is underway in southwestern Newfoundland for a woman who was reportedly swept out to sea after a wave struck her home during post-tropical storm Fiona.

A day after post-tropical storm Fiona left a trail of destruction through Atlantic Canada and eastern Quebec, residents of a coastal town in western Newfoundland continued to pick through wreckage strewn across their community, easily the most damaged area in the region.