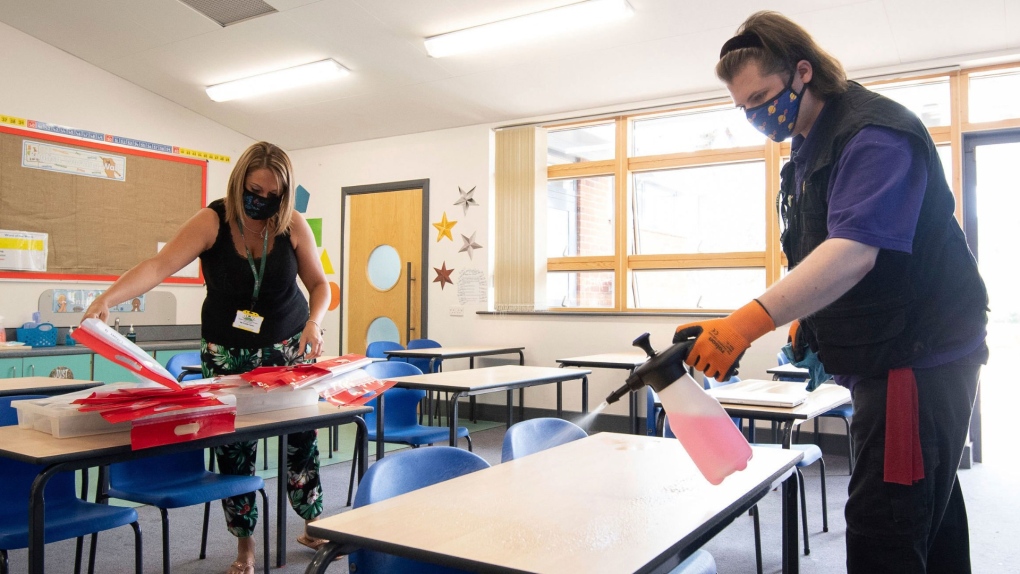 Island Health says families with children who attend the schools do not need to take any additional actions unless they are contacted directly by public health officials. (File photo)
Victoria -

Three more COVID-19 clusters have been discovered at Vancouver Island schools, according to the regional health authority.

Tansor elementary was already on Island Health’s list of schools with COVID-19 clusters after a previous cluster was discovered earlier this month.

There are now 10 case clusters at Vancouver Island schools, according to the health authority. Schools are removed from the list 14 days after the last known exposure date.

Island Health defines a "cluster" as "two or more confirmed cases within a 14-day period, with evidence of transmission occurring within the school and no other likely source of exposure."

That differs from the definition of an "outbreak," which is "multiple confirmed cases within a 14-day period, with evidence of ongoing transmission occurring within the school."

Since the start of the school year, no full-blown school outbreaks have been declared in the health region.

Last week, provincial health officer Dr. Bonnie Henry announced that B.C. would revamp its school exposure notification system, after facing criticism from parents and teachers for withholding information at the start of the year.

Last school year, parents received notifications whenever someone in a school community tested positive for COVID-19. That practice was discontinued ahead of the current school year, with Henry saying it had caused "anxiety" for parents.

The changes come as the number of COVID-19 infections among B.C. residents under age 10 surges.

A prop firearm discharged by veteran actor Alec Baldwin, who is producing and starring in a Western movie, killed his director of photography and injured the director Thursday at the movie set outside Santa Fe, authorities said.

Edward Rogers is out as board chair of Rogers Communications Inc., a move that comes as the latest development in a boardroom drama that has prompted the departure of a senior executive and the launch of an executive oversight committee.

Queen Elizabeth II spent a night in a hospital for checks this week after cancelling an official trip to Northern Ireland on medical advice, Buckingham Palace said Thursday. The palace said the 95-year-old monarch went to the private King Edward VII's Hospital in London on Wednesday for 'preliminary investigations.'

The FBI's Denver office said Thursday that remains found a day earlier in a Florida nature reserve are those of Brian Laundrie, who disappeared last month just days after his fiance Gabby Petito was reported missing.

'They can get up to 100 lbs.': Massive salmon caught in B.C. all part of conservation program

It appears one B.C. hatchery program is off to a promising start, by the size of the Chinook salmon they’ve been pulling in from the Wannock River near Bella Bella.