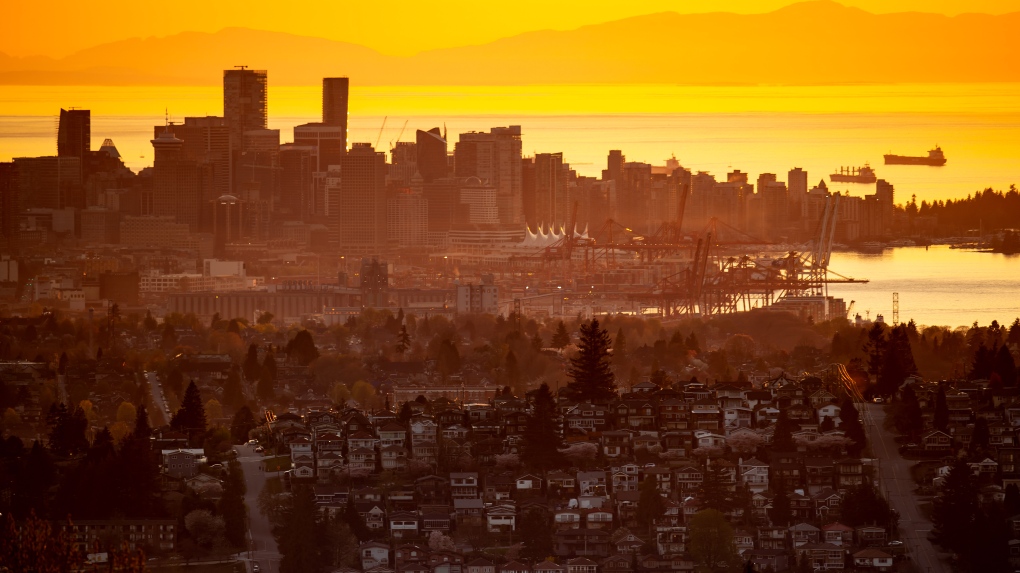 The downtown Vancouver skyline is seen at sunset, as houses line a hillside in Burnaby, B.C., on Saturday, April 17, 2021. THE CANADIAN PRESS/Darryl Dyck

More people moved to British Columbia last year than at any point over the last 60 years, according to new data released by Statistics Canada and the provincial government.

"People are coming to B.C. in record numbers because they know that by investing in people, we are building a stronger province where their families will have a safe and secure future,” said Premier John Horgan in a statement Wednesday.

"We welcome these newcomers with open arms, and we are determined to deliver the services and housing people in B.C. need to support this record growth," the premier added.

Approximately 33,656 people moved to B.C. last year from other parts of Canada, marking the highest total recorded since 1994, and the highest province-to-province migration total in Canada in 2021, according to the province.

"We are excited to welcome the more than 100,000 people who chose to make B.C. their new home in 2021," said B.C. Jobs Minister Ravi Kahlon in the statement.

“Building a B.C. that’s attracting record numbers of newcomers is an important part of our work to help tackle the labour shortage, as these new British Columbians will help us fill the jobs of tomorrow, drive innovation and support our care economy," he said.

British Columbia was second to Ontario in attracting new residents from abroad in 2021, recording 67,171 newcomers from other countries.