A University of British Columbia researcher estimates that more than one billion marine animals may have died during B.C.'s recent heat wave.

UBC marine ecologist Dr. Chris Harley and members of his lab think that record-setting temperatures had a devastating impact on intertidal animals, such as mussels, clams, starfish and other invertebrates.

Intertidal animals were particularly vulnerable to the heat wave, as many remain along shorelines when the tide recedes.

"Mussels are like the toddler left in a parked car. They are completely at the mercy of the environment while the tide is out," said Harley in a statement Tuesday.

When temperatures were in their 30s in Vancouver, Harley estimates that temperatures reached above 50 C along B.C. shorelines. He added that the hottest day of the heat wave fell on a day with particularly low tides, leaving intertidal animals exposed for hours.

The marine ecologist says that dead mussels now blanket many shores, and the smell of their remains will likely be noticeable to beachgoers.

Harley and his team are basing their staggering estimates on field samples, temperature logs, and infrared cameras used during the heat wave. 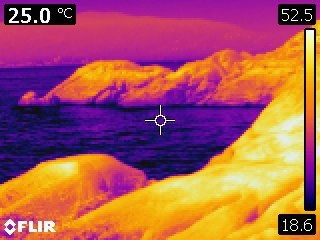 While Harley's research was centred on the Lower Mainland, he says that similar signs of mass shellfish deaths have been reported in the Strait of Georgia and Washington state.

"This event was unprecedented but will likely become a regular occurrence before too long," said the researcher.

Harley says he's unsure how long it will take for the intertidal animals to recover, but he's concerned that extreme heat waves will become more common and more severe in the future.