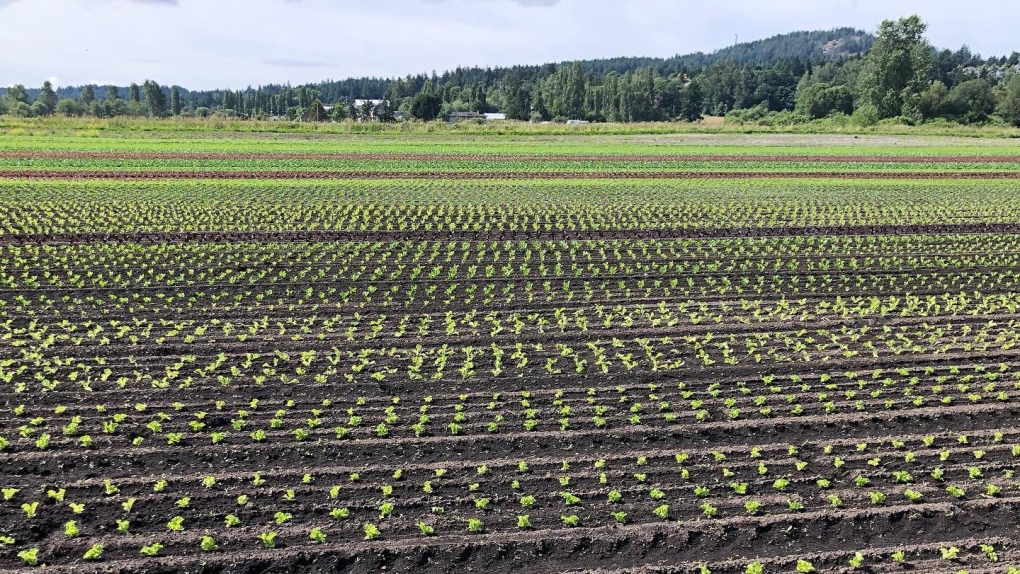 Michell's Farm is among the local producers that are adding their products to Island Health meals: (Michell's Farm / Facebook)
Victoria -

Island Health is increasing the amount of local food that's served in meals at hospitals and long-term care facilities in the Vancouver Island region.

Produce from Galey Farms in Saanich and Michell's Farm in Saanichton are being added to deliveries for Island Health facilities in Parksville, Qualicum Beach, Chemainus, Cumberland and Campbell River.

Other local farms are also included in the pilot project, which was developed by Island Health with input from Islands West and the Island Vegetable Co-op Association, according to the province.

"This initiative also benefits farmers, producers and people across B.C. by strengthening our food supply chain and supporting local jobs," he said.

According to the province, nearly one third of all food purchased by the B.C. health-care system is locally produced or processed.

The province adds that steps are taken to ensure that all food is up to its safety standards, regardless of whether it is sourced locally or abroad.

The health authority has also added new recipes to its meals that make use of Vancouver Island produce it is receiving, according to the province. The recipes include:

"Having our loved ones able to enjoy more local and seasonal food while in hospital or living in long-term care is an important part of healing and staying connected," said B.C. Minister of Agriculture Lana Popham.

"What started as a simple idea has now grown into an important and successful program," she said.

A rescue operation underway for 39 people stuck underground at Vale's Totten Mine in Sudbury, Ont., has successfully retrieved 33 miners. A team of doctors is on-site and checking workers as they emerge from underground.

With the rise in popularity of QR codes at restaurants and other businesses during the pandemic, privacy and cyber security experts are urging Canadians to be cautious in their use of the technology.

A family and emergency physician in northeastern Ontario has been barred from issuing exemptions for COVID-19 vaccines, masking requirements and testing as he faces a disciplinary hearing before the province's medical regulator.

More than 80 per cent of eligible Canadians over the age of 12 have been fully vaccinated against COVID-19, according to CTV News' coronavirus vaccination tracker.

No grace period for vaccine certificates for Ontario businesses, no enforcement either

Ontario's proof-of-vaccination program doesn't have an official grace period, according to officials with the Ministry of Labour, making it unclear how or when the new rules will be enforced by the province.

OPEC: Oil will be world's No. 1 energy source for decades

While acknowledging the inevitable advance of alternative energy sources and technology, OPEC said that oil will be dominate energy source for decades to come as crude prices reached three-year highs Tuesday.