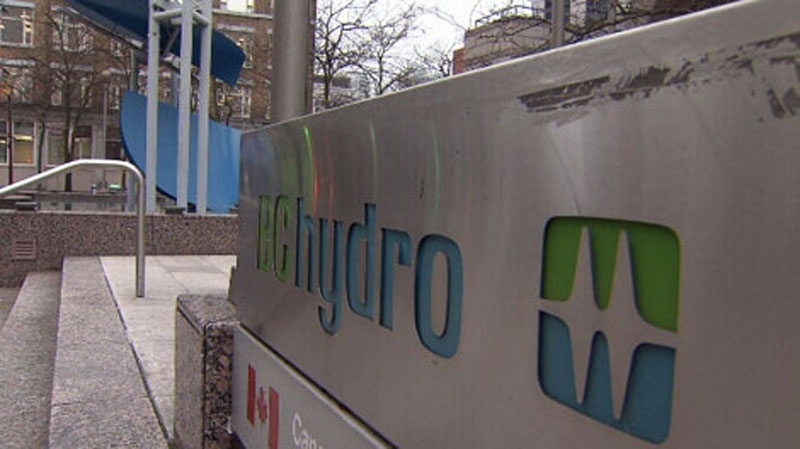 The ministry says the new application is based on its audited fiscal 2019 financial results and the latest financial forecast. (CTV News)

VICTORIA - The B.C. government says BC Hydro customers could see their bills go down for the first time in decades as part of a smaller than anticipated five-year rate hike if Hydro's application is approved by an independent regulator.

The Energy Ministry says in a statement the Crown utility is applying to the B.C. Utilities Commission for approval and the commission is expected to make a decision early next year.

The new plan would see an overall rate hike of 6.2 per cent over the next five years, a drop from the 8 per cent announced by Energy Minister Michelle Mungall in February after a report found customers would be on the hook for $16 billion over the next two decades.

That report, commissioned by the NDP government, found the former Liberal government manufactured an urgent need for electricity but restricted BC Hydro from producing it, forcing the utility to turn to private producers and sign long-term contracts at inflated prices.

The ministry says the new application is based on its audited fiscal 2019 financial results and the latest financial forecast.

They reflect higher than anticipated income from BC Hydro's trading subsidiary Powerex, and lower than expected forecasted debt financing costs and purchases from independent power producers, it says.

“As a result of our updated financial forecast, we're in the unique position to apply for a rate decrease for our customers that would start on April 1, 2020, if approved by the B.C. Utilities Commission,” Chris O'Riley, BC Hydro's president and chief operating officer, says in a statement.

“We're committed to continue to work with government and the B.C. Utilities Commission to keep rates affordable while ensuring we continue to provide safe, reliable power to the province.”

B.C.'s auditor general Carol Bellringer also said in February that BC Hydro had amassed $5.5 billion in 29 deferred expense accounts, of which some are scheduled to be repaid over 40 years.

When Mungall announced the eight per cent hike over five years in February, she said the NDP government would write down $1.1 billion in deferred expense costs on BC Hydro's books to reduce the amount of rate increases.