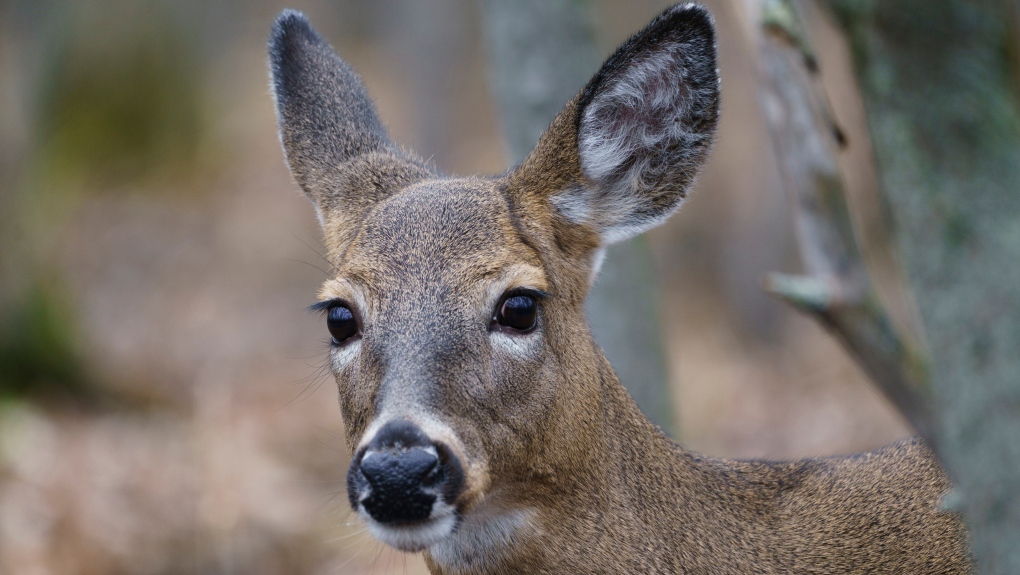 A deer is seen at the Michel-Chartrand Park in Longueuil, Que., Friday, November 13, 2020. (THE CANADIAN PRESS / Paul Chiasson)

British Columbia's Ministry of Forests, Lands and Natural Resources is monitoring the province's deer population for the presence of the virus that causes COVID-19, but says no wildlife cases have been detected so far.

Environment and Climate Change Canada announced Wednesday that the coronavirus had been detected in three white-tailed deer in Quebec last month, marking the first time the virus had been found in Canadian wildlife.

The B.C. government says it is collecting samples of deer harvested by hunters as part of its COVID-19 surveillance program.

"The detection of SARS-CoV-2 in hunter-harvested deer in the Estrie region of Quebec is the first detection of the virus in free-ranging wildlife in Canada," the ministry said Thursday.

"COVID-19 remains largely a disease of human concern and typically spreads from human to human," the ministry added. "There is no known transmission from deer to humans at this time."

Environment and Climate Change Canada says the three deer found to be carrying the virus all appeared healthy and showed no signs of COVID-19 infection.

The discovery followed recent reports of the virus spreading among white-tailed deer in the United States.

Environment Canada says anyone exposed to respiratory tissues and fluids from deer should wear a well-fitting mask and avoid splashing fluids as much as possible.

COVID-19 has infected multiple species of animals, including dogs, cats, farmed mink and zoo animals, but this is the first time in Canada that it has spilled over into wildlife.