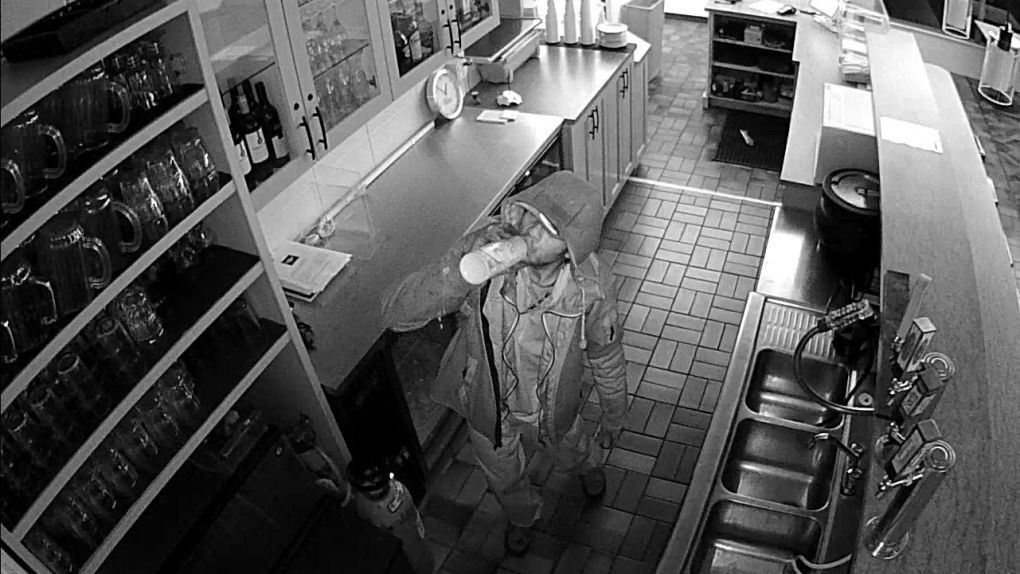 A surveillance photo of one of the suspects is shown. (Oak Bay Police)

Oak Bay police are on the lookout for two people who broke into a local recreation centre and helped themselves to food and alcohol.

Police say the break-in occurred sometime during the evening of Sept. 19, after the rec centre had already closed for the night.

The photos show the first suspect has tattoos on their right hand, mostly on their fingers and knuckles. They were wearing a black hooded jacket, black shoes and a camouflage backpack at the time.

The second suspect was wearing a black jacket, black pants and a "white clown mask" that had a black wig attached to it, according to police.

'He could've been treated differently': Toronto man dies at home after several visits to local hospital

A Toronto music lover who thrived in the company of others died alone at home following three visits to a local hospital due to severe abdominal pain, according to one of his closest friends.

A human rights organization says it has found dozens of additional overseas Chinese 'police service centres' around the world, including at least two more in Canada.

The Liberal government is listening to concerns that some of the firearms it's looking to ban are used primarily for hunting, Prime Minister Justin Trudeau said Monday.

Imagine if Siri could write you a college essay, or Alexa could spit out a movie review in the style of Shakespeare.