The Village of Errington, near Parksville, B.C., is the first community on the Mid and North Island to add drones to its fire department's toolkit.

The drones can use a spotlight or thermal imaging to help respond to emergencies.

"We use thermal cameras on fire scenes, handheld, all the time, but we can only see what we can see from the ground," said Lt. Mike Love of the Errington Fire Department.

"Having the drone in the air we can see what we couldn’t see before," he said. 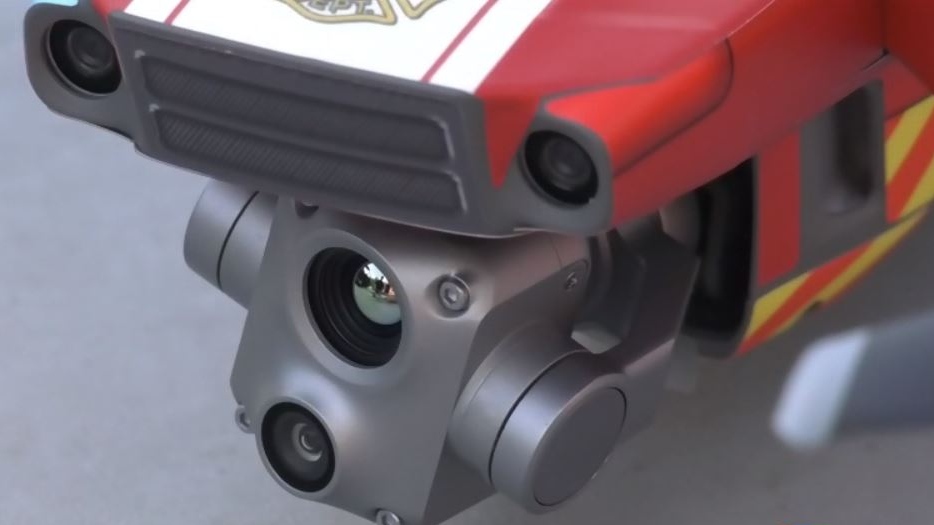 The drones can also be used to get a closer look at dangerous situations, such as when electrical wires go down.

"With the drone I can fly right up to it, get within 10 feet away, zoom in," said Love.

"[With] thermal I can get the heat signatures off of it, temperature ratings transferring down the pole or lines, we can see it all with the drone," he said.

The fire department's deputy chief says the drones may be used to help find missing people as well, and can communicate with them through an onboard speaker.

"Having this tool would allow us to go down, we can talk to them, see what’s going on, we can use thermal imaging if we’re looking for them as well so there’s some advantages there," said deputy Chief George Klemm.

The small island community put out a call to raise $10,000 for the main and secondary drones.

Some of the contributions came in through online fundraising, while a full 50 per cent was donated by Yates Memorial Services.

"It was the fire department who did all the work as volunteers, and the community donated towards the drone," she said.

The fire department is hoping to have at least six members trained and qualified to use the drone in the coming months.