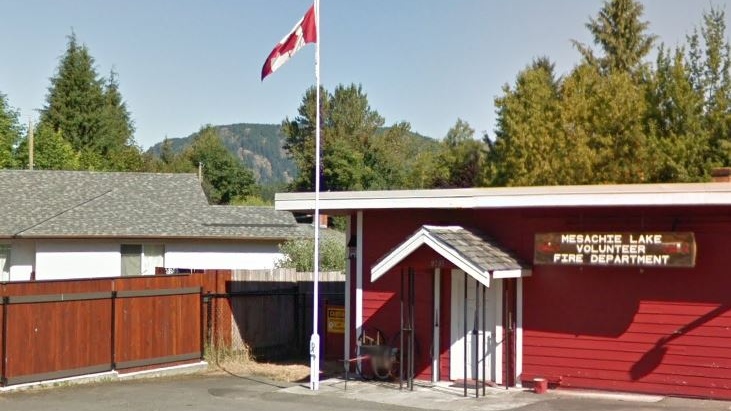 The small Vancouver Island community of Mesachie Lake has been awarded a $350,000 grant to keep its volunteer fire department running.

"Residents were faced with a choice between two options: borrowing a significant amount of money with the cost borne by the small number residents, or ceasing operation of the local fire department and amalgamating with the neighbouring community fire service in Honeymoon Bay," according to the CVRD.

"With little time left to decide on a path forward, CVRD staff applied for a grant through the Investing in Canada Infrastructure Program (ICIP) in the hopes to cover at least some of the cost of a new fire hall and make the continuation of service a viable option."

In addition to the grant, multiple businesses made contributions to buy a replacement fire engine that the district says had reached the end of its useful life.

“I’m incredibly proud to say we were successful on both counts, and we have the required funds to retrofit the fire hall and purchase the fire truck with no impact to the taxes of Mesachie Lake residents,” said CVRD regional director Ian Morrison in a statement Monday.

“I want to thank everyone for working together on behalf of the community to make this happen,” Morrison added.

“This is fantastic news for our community and the 15 members of our fire department who all look forward to continuing their service with an upgraded fire hall and truck,” said Mesachie Lake Volunteer Fire Department chief Kevin Smith.