McKenzie Interchange to close overnight for construction this week 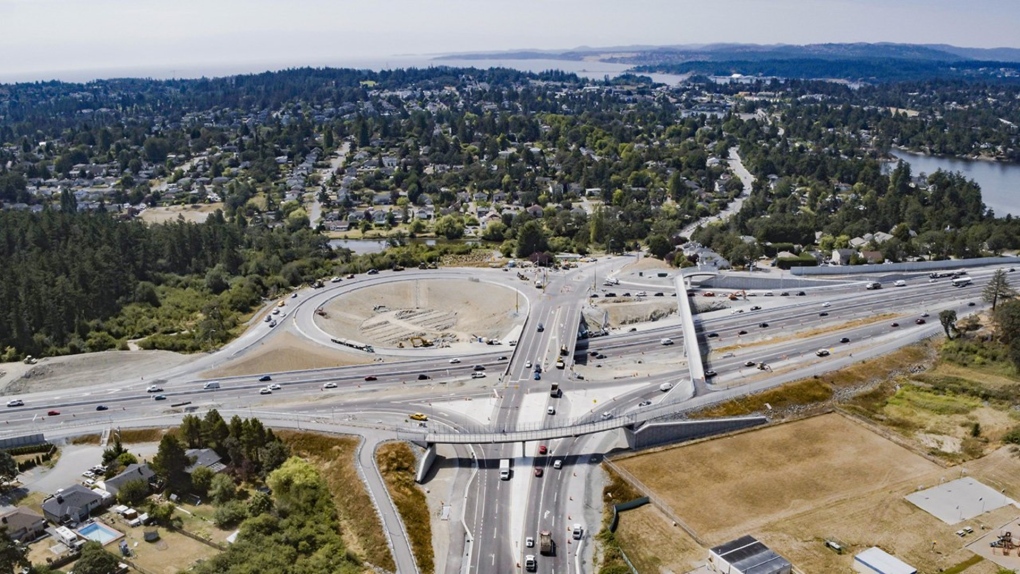 The McKenzie Interchange project is pictured in its final stages of construction: (CFAX 1070)

VICTORIA -- A section of Highway 1 near the McKenzie Interchange will be closed overnight Friday as crews install an overhead guide sign at the interchange.

According to the B.C. Ministry of Transportation, Highway 1 will be closed in both direction between Tillicum Road and McKenzie Avenue from 11 p.m. to 5 a.m. on Oct. 2.

The ministry says detour signs will be placed along the highway to direct drivers to alternate routes along Admirals Road, Gorge Road West and Tillicum Road.

Southbound drivers looking to exit the highway onto McKenzie Avenue will still be able to do so using the new exit loop ramp.

“Drivers are reminded to obey construction-zone speed limits and the direction of traffic control personnel,” said the ministry in a release Wednesday.

On Sept. 18, just before the provincial election was announced, the B.C. government said that the McKenzie Interchange project was “substantially complete.”

Highway traffic is now free flowing under a new overpass at McKenzie Avenue, and the circular southbound off ramp from Highway 1 to McKenzie Avenue was recently completed.

Once the project has finished construction, drivers are expected to save approximately 20 minutes in their daily commute.

The McKenzie Interchange project began in 2016. It was originally scheduled to complete in late 2018 at a cost of approximately $85 million.

It is now expected to complete construction later this year at a cost of $96 million. The delay and increased cost are due to weather impacts during construction and unexpected variable rock conditions in the area, the ministry said in 2019.