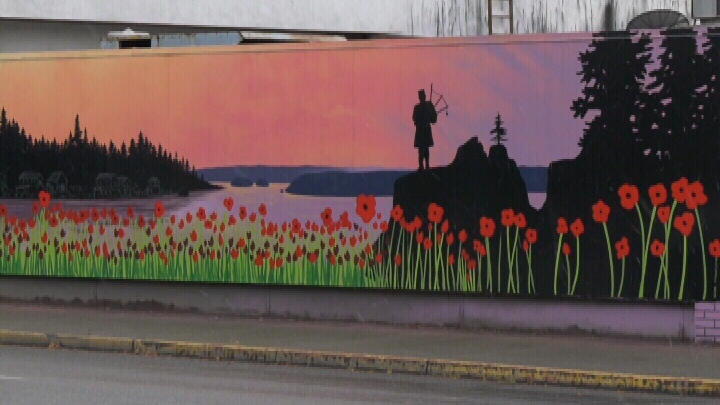 A Royal Canadian Legion branch in Victoria that, for years, has been the target of graffiti has a new Remembrance Day-themed mural.

The Burnside Gorge Community Association reached out to the Trafalgar Pro Patria branch of the Royal Canadian Legion after the agency’s building had been repeatedly hit by graffiti.

The community group partnered with Legion to have a mural designed and installed at the branch at the corner of Gorge and Jutland Roads in Victoria.

"This mural project was so important to our community and it brought us together," she said.

Westman says though the theme of the mural was to honour veterans of the Canadian Armed Forces, it was important to represent all members of Victoria’s Burnside Gorge neighbourhood.

"It needed to reflect the community as a whole and it was very important that it reflected the Legion,” said Westman.

"Another important aspect of the mural was to have some representation of the First Nations," she said.

The vibrant colours of the mural offer a stylized view of British Columbia’s west coast at sunset. A moon in the style of Indigenous artists can be seen rising over the coastal waters. 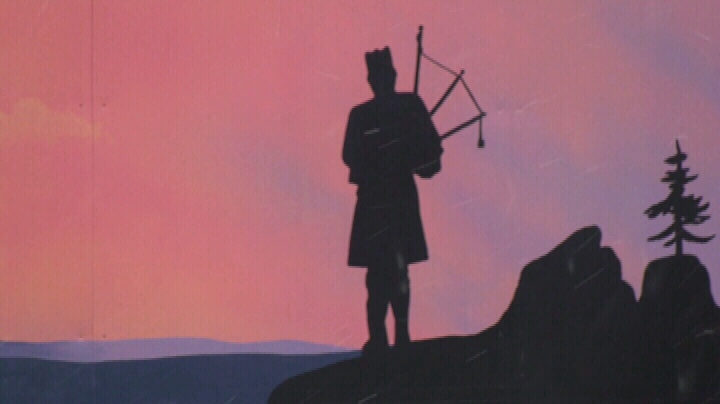 The mural measures approximately 2.5 metres by 18 metres and has a border of poppies along the lower edge. Kelly Everill, a Comox Valley-based mural artist, was commissioned to design and paint the public artwork.

Now that the mural is complete, Everill hopes it will bring a new level of dialogue regarding the sacrifices made by veterans to secure the freedom enjoyed by Canadians.

"The inspiration for the design behind this mural was to bring awareness to the veterans who have fought for our freedom," said Everill. "The theme is for peace, tranquility and respect."

The mural cost $30,000 to complete, with part of the project funded by a grant from the B.C. government's "Strengthening Communities" program.

The Burnside George Community Association and Legion secured the balance of the funding with a grant from the City of Victoria’s "My Great Neighbourhood" program.

The massive mural was completed on Oct. 24 and took four days to complete. The paint applied to the surface of the wall has been treated to make it more resistant to graffiti.

Staff of the Trafalgar Pro Patria Legion branch say the mural has brought a renewed sense of pride to its members.

The painting of a bagpiper in silhouette atop a hill behind a field of poppies was an element of the mural that resonated most with the Legion’s members and veterans alike.

The Legion’s manager says completing the mural, with its rows of poppies, before Remembrance Day was an important step in honouring Canada’s veterans.

It is hoped that the mural will also raise awareness about the Legion and the work it does in an effort to encourage more people to join the service and social organization.

"This is the 100th anniversary of the poppy and to have [the mural] here in time for Nov. 11 was huge," said Trafalgar Pro Patria Legion manager Lorrie Weston.

"Hopefully this will bring more light to the Legion," she said. "And come in to our doors, because everyone is welcome."