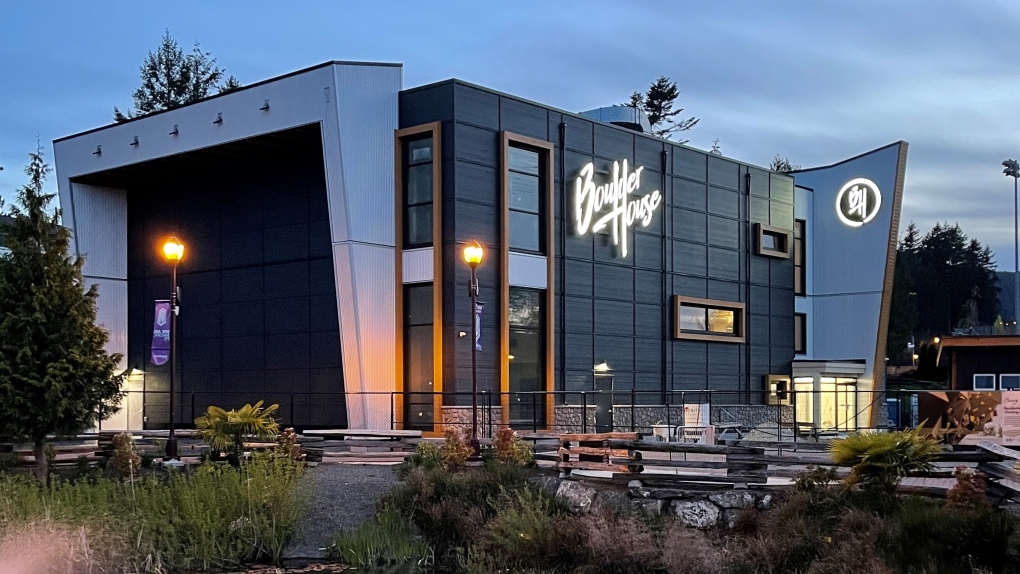 VICTORIA -- A popular rock climbing gym in Victoria that specializes in bouldering, a type of rock climbing done on short walls with no harness, is opening a new location in Langford.

The BoulderHouse rock climbing gym is opening a location at 1109 Langford Pkwy in City Center Park on Thursday, June 17.

The climbing gym measures 6,000-square-feet and includes a dedicated kid's section. Since there are no harnesses or ropes involved, a large padded mat is placed along the floor of the gym, which catches you if you fall. The facility is a first of its kind for Langford.

"We are so proud to have this incredible facility open in Langford," said Langford Mayor Stew Young in a release Monday. "It will provide Langford residents with more recreation options without having to leave their community."

"I am excited to hear that BoulderHouse will be engaging with local schools to encourage use of the facility for non-traditional physical education programming," Young added. "It will also be a new option for summer camps and for children's birthday parties which is another important feature for Langford as a young, growing community."

BoulderHouse first opened in Victoria in 2016 and has welcomed newcomers as well as high-performance athletes over the past five years.

Several gym regulars are part of Canada's national bouldering or lead climbing teams, and have participated in international events.

Gym member Rebecca Frangos has participated in multiple world cups and was a competitor in the Pan American Olympic qualifiers for rock climbing in Los Angeles. While she wasn't selected to go to Tokyo this year, she hopes to climb for Team Canada in the 2024 Summer Olympics.

Rock climbing is one of the newest sports to be added to the Summer Olympic games. The first ever sport climbing category of the Olympics is set to debut in the 2021 Summer Olympic Games in Tokyo this July.

"We are excited for the opportunity to bring climbing to the West Shore," said BoulderHouse co-owner Rob Somogyi in a statement Monday.

"There has been a long history of outdoor climbing in the area and with the addition of an indoor facility, the community as a whole will benefit from having an accessible space to learn how to climb in their neighborhood," he said.