Locals may have noticed an unusual sight in downtown Victoria.

The Korean cargo ship, SM Busan, is docked at the cruise terminal in Ogden Point for repairs.

It's the first time ever that a cargo ship has docked at that terminal, according to the Greater Victoria Harbour Authority (GVHA).

The massive ship, measuring 304 metres long, ran into engine troubles while on its way to Korea and turned back to our shore. 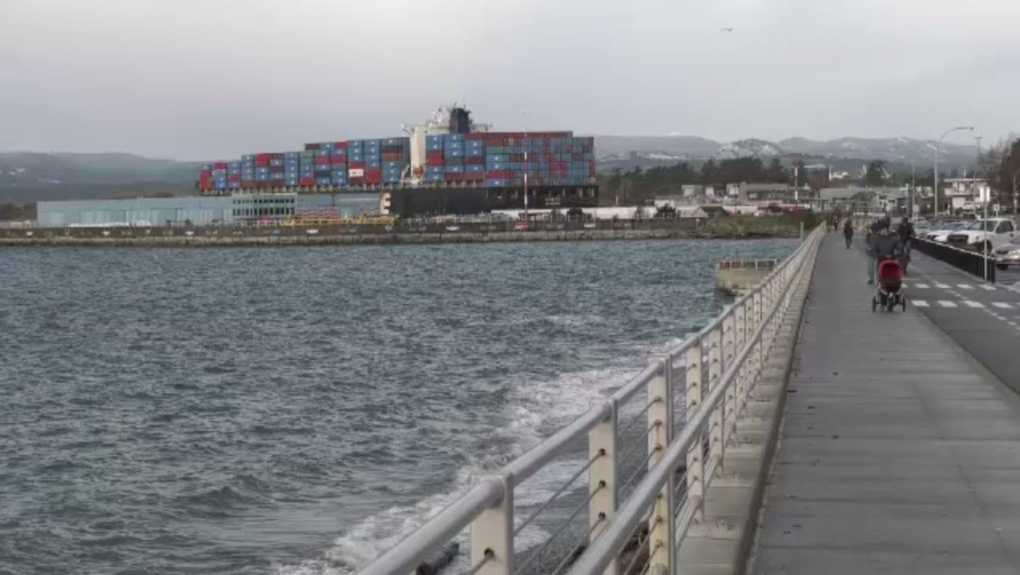 Twenty crew members will work on fixing the ship at the terminal for the next several weeks to a month, alongside local workers.

GVHA CEO Ian Robertson says the repairs are bringing new job opportunities to the area, and the harbour authority hopes that the situation may lead to similar work in the future.

"Today, as a matter of fact, the oil and the gas is being pumped out of the tanks and that will be done by a local organization," he added. "We've got extra security down at the terminal that we wouldn't normally have, so it's providing some work and that's a really good sign."

A previous version of this story listed Brian Cant as CEO of the GVHA. In fact, Ian Robertson is the CEO of the Greater Victoria Harbour Authority.

The white gunman accused of massacring 10 Black people at a Buffalo supermarket wrote as far back as November about staging a livestreamed attack on African Americans, practiced shooting from his car and travelled hours from his home in March to scout out the store, according to detailed diary entries he appears to have posted online.

A gunman motivated by hatred against Taiwan chained shut the doors of a California church and hid firebombs before shooting at a gathering of mostly elderly Taiwanese parishioners, killing a man who tackled him, authorities said.

The rising cost of living is worrying Canadians and defining the Ontario election as prices go up on everything from groceries to gas.

Efforts were underway Tuesday to rescue the last of the defenders inside the Azovstal steel plant in the ruined city of Mariupol after Ukrainian officials said the fighters had 'completed their mission' and there was no way to free the plant by military means.

The Ukrainian government says Russia has shelled more than 1,000 schools, destroying 95. Intentionally attacking schools and other civilian infrastructure is a war crime. Experts say wide-scale wreckage can be used as evidence of Russian intent, and to refute claims that schools were simply collateral damage.

'Great for all of Alberta': Flames, Oilers prepare for battle in second round

Johnny Gaudreau and Matthew Tkachuk weren't even born the last time the Calgary Flames and Edmonton Oilers met in the Stanley Cup Playoffs, but they still understand how much the Battle of Alberta means to fans of both teams.

Elon Musk's ties to China through his role as electric car brand Tesla's biggest shareholder could add complexity to his bid to buy Twitter.