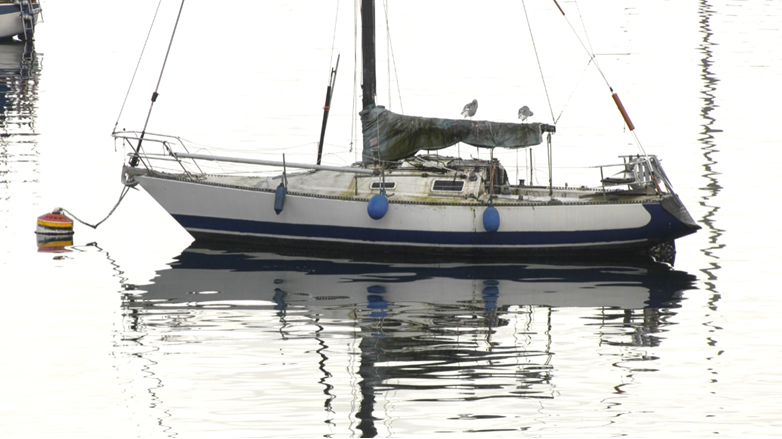 A local marine group says more needs to be done to help remove abandoned boats from the waters off Vancouver Island.

According to the Saanich Inlet Protection Society (SIPS), the only time Transport Canada will consider a boat dilapidated under the Federal Wrecked, Abandoned and Hazardous Vessels Act (WAHVA) is when it sinks.

The group says there is a problem with abandoned and dilapidated boats in Brentwood Bay and at the mouth of Todd Inlet. SIPS says the problem becomes worse in the autumn months as the weather becomes stormier and the vessels break from their mooring.

"We have a lot of boats in varying conditions. Some are really well looked after and some have not been visited by their owners in years," said Saanich Inlet Protection Society vice chair Michael Simmons.

"Starting around this time of year we have boats that sink or wash up on the beach as the winter storms cause them to slip whatever moorings they may have."

The group is demanding the federal government take action to remove problem vessels after a dilapidated boat sank near the entrance to Todd Inlet in late September 2021.

The abandoned former fishing vessel was one of six problem boats reported to Transport Canada by SIPS in February 2021.

"We took it on ourselves to report six dilapidated boats that we thought clearly met the criteria under the WAHVA and we had no response," said Simmons.

"After I spoke with our MP, Elizabeth May, to see what was happening with our report, I got a call from the coast guard."

Simmons said the coast guard did an assessment of the problem boats identified in the SIPS report. He says after a few weeks the coast guard got back to him saying that none of the vessels met the criteria under the WAHVA but they would be referred to Transport Canada.

"A few weeks later I got another reply from Transport Canada saying that none of the boats would meet their criteria," said Simmons. "In May (2021) one of the six boats sank in Todd Inlet and the coast guard appeared the next day and removed the boat."

Simmons says in mid-September 2021, volunteers with Brentwood Bay Search and Rescue noticed the former fishing vessel called the "Knot," identified as problem vessel in the SIPS report, was sinking near the shores of Todd Inlet.

"They reported it to the coast guard and nothing happened," said Simmons. "Two days later the boat sank spreading some diesel fuel out over the bay." 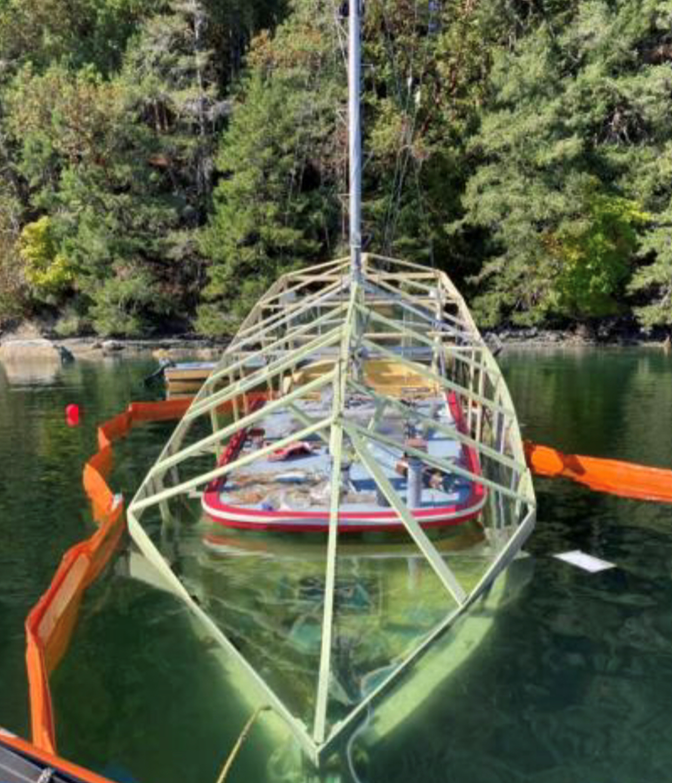 "Five days after it sank, Cold Water Divers came in here, contracted by the coast guard, re-floated the boat and towed it away," said Simmons.

"Two of the six boats we reported sank and the government had lots of warning that these boats were a problem," he said. "We think it's about time that the federal government took its WAHVA seriously and started acting on information from groups like ours and other up and down the coast."

CTV News reached out to both Transport Canada and the Canadian Coast Guard Fisheries and Oceans Canada for comment on the issue of dilapidated and abandoned vessels in Brentwood Bay.

"At the time of our assessment in April 2021, these vessels did not present a hazard. When the status of the 'Knot' changed, the Canadian Coast Guard reacted quickly to boom and remove the vessel."

The statement goes on to say that the agency is actively seeking various vessel owners in the Brentwood Bay area.

"The federal government knows about them, it's their responsibility under the Wrecked, Abandoned and Hazardous Vessels Act to deal with them," he said.

"What we want them to do is take the actions they’re permitted to take under the act and we’d like them to do it this fall."