Man who threatened another man with syringe arrested in Nanaimo

Man who threatened another man with syringe arrested in Nanaimo 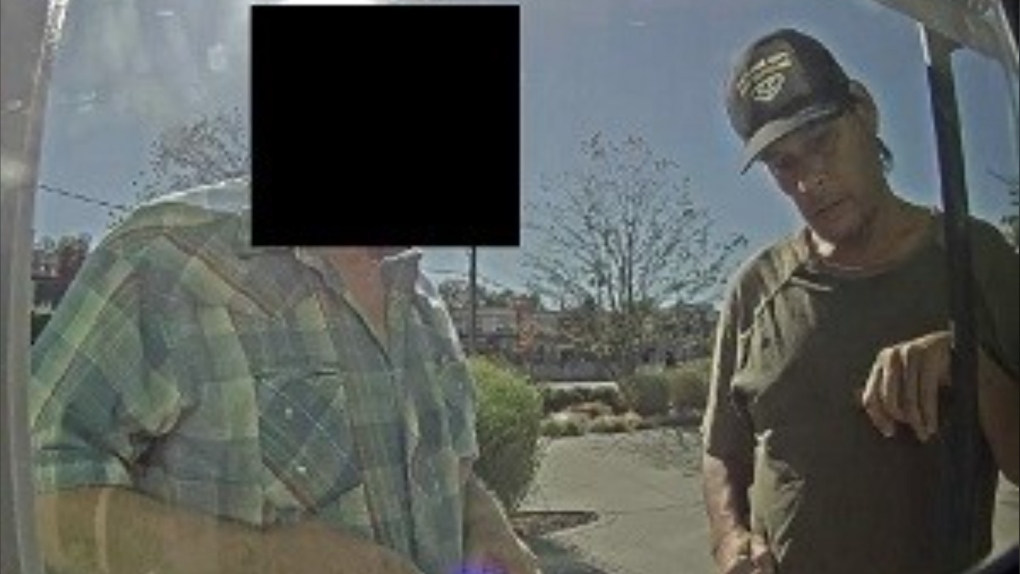 A man accused of robbing another man with a syringe (right) has been arrested. (Nanaimo RCMP)

Nanaimo police say a man has been arrested after he allegedly robbed another man outside a local ATM while wielding a loaded syringe about a month ago.

Police say a man was withdrawing cash from an ATM outside the TD Bank on Nicol Street on Aug. 6 when another man approached him.

The second man brandished a "loaded syringe" and demanded that the victim hand over cash, police say.

The man was handed some cash – though less than what was withdrawn from the ATM, police say – and then left the area.

On Friday afternoon, police said the man had been arrested.