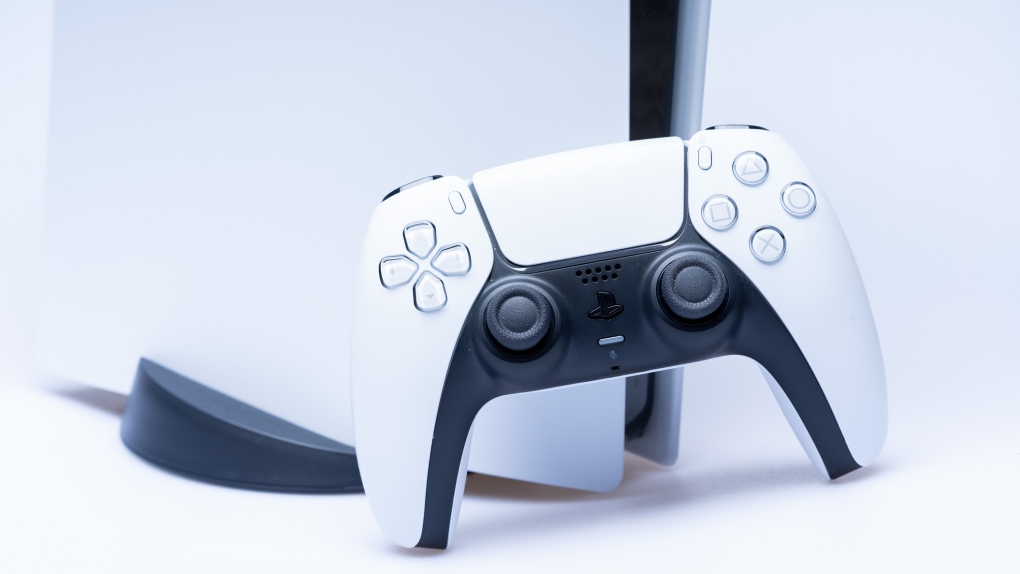 A PlayStation 5 is pictured in this file photo. (iStock)

Victoria police say two armed robberies may be related after a man reported being robbed at gunpoint near Beacon Hill Park on Wednesday evening.

The victim told police that he arranged to meet with another man in the 100-block of South Turner Street to purchase a used PlayStation 5 videogame console.

The victim had seen an ad for the console on Used Victoria, and met with the supposed seller around 10 p.m.

Once the pair came face to face, the seller briefly spoke with the victim before pulling out a handgun, police say. He then asked the victim to hand over the money they had brought to purchase the videogame console.

The victim handed over the money and the man fled the area on foot, police say. Shorty after, the victim retreated to a safe area and called 911.

"The victim was physically unhurt, but visibly shaken by the incident," police said in a release Thursday.

Officers, including a police dog, searched the area but were unable to find the man.

Police say the incident may be related to a similar robbery that reportedly took place in the same area.

When officers were searching for the man on Wednesday night, police say they were approached by a second person who said they had also arranged to meet someone at the same location to buy a used PlayStation 5.

"There are key similarities between these two incidents leading officers to believe they may be related," said VicPD.

Police say they continue to search for the "seller," who is described as a white man who stands approximately 6' tall with a slim build. He was last seen wearing dirty white Nike Air Force 1 sneakers, dark blue camouflage pants, a black jacket, a dark toque, and a dark facemask.

Anyone with information on Wednesday's robbery, or who may have surveillance video of the area, is asked to call Victoria police at 250-995-7654 or contact Crime Stoppers anonymously at 1-800-222-8477.

Police have also released several tips on how to make sure online sales go smoothly, though VicPD does note that most deals arranged online "occur without incident."

A judge ruled Monday he will allow jurors to hear evidence that disgraced South Carolina attorney Alex Murdaugh was stealing money from his law firm and clients and committing other financial crimes long before his wife and son were killed in 2021.