One man escaped a fire that destroyed his home north of Courtenay, B.C., early Monday morning.

Fire Chief Kurt MacDonald says the blaze was called in at 2:30 a.m. on Langlois Road. The fire had consumed much of the home before firefighters arrived. 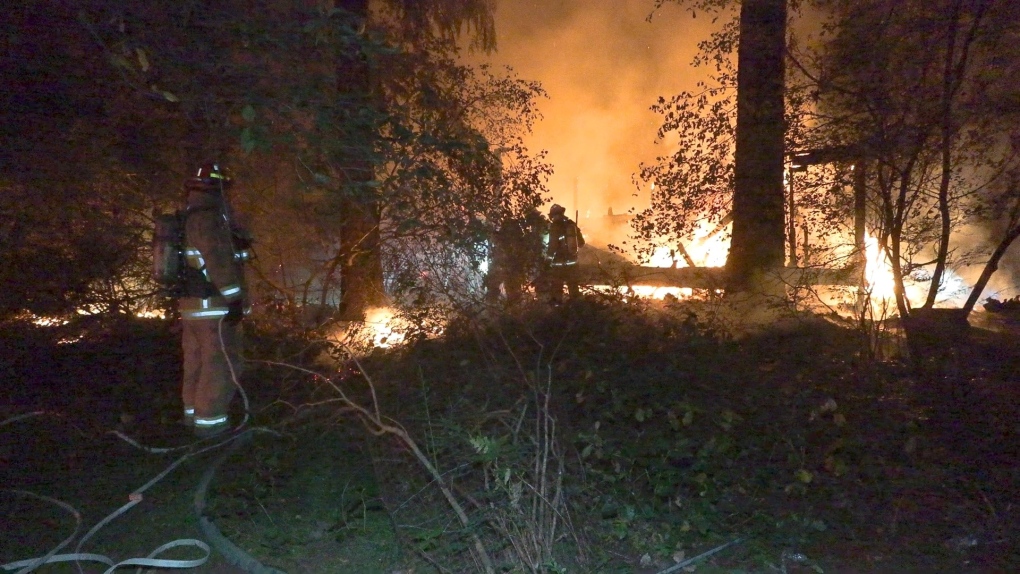 The fire was reported at 2:30 a.m. Monday on Langlois Road in Courtenay, B.C. (CTV News)

"Upon arrival our first-in crews found a fully involved home with the fire starting to get into the cedar trees and the bush that is surrounding it,” MacDonald said.

Courtenay firefighters were assisted by additional manpower and water from the Merville and Oyster River fire departments.

MacDonald says the fire had already burned off the roof and most of the exterior walls prior to their arrival. Crews had to contend with flames spreading in all directions and a second building that had ignited.

"We just started with the exposures first – they were our first priority with keeping the fire from spreading into the bush and also protecting the small shed that was off to the side of it," he said. "Once we got that under control we started back in and knocking down the flames in the house." 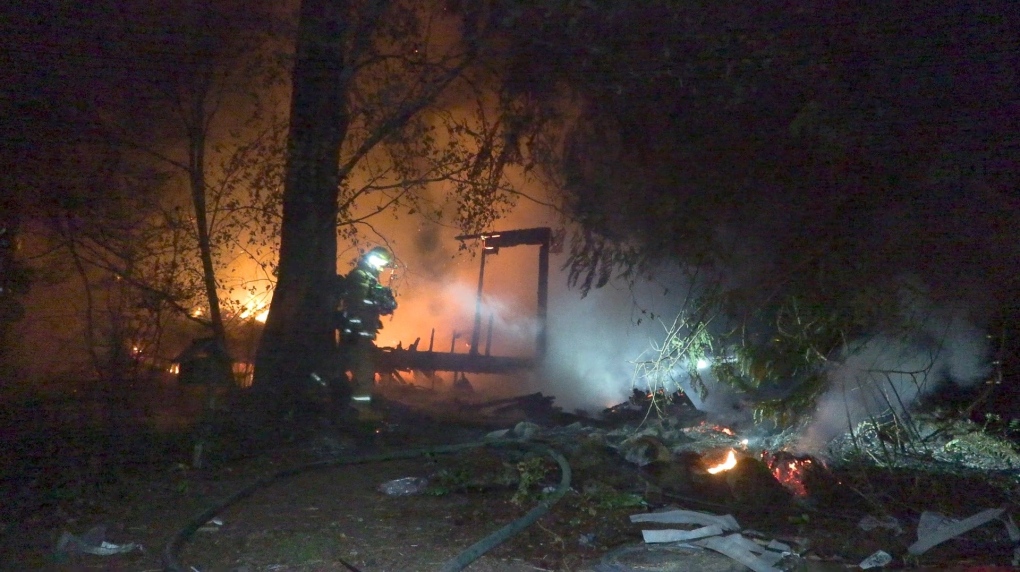 The fire was reported at 2:30 a.m. Monday on Langlois Road in Courtenay, B.C. (CTV News)

MacDonald says that while it is unfortunate the home was lost, the situation could have been much worse.

"There was lots of vegetation in close proximity to the house, lots of standing timber, lots of other fuels so it was very fortunate this fire was taking place towards the tail end of September when we’re getting into more fall conditions rather than July or August but conditions are still pretty dry" he said. 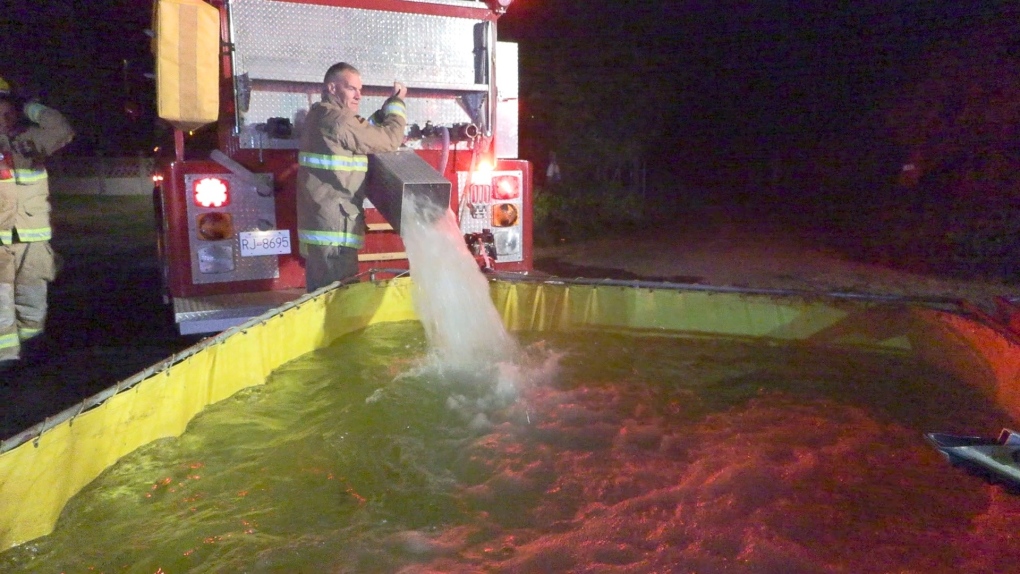 The lone occupant of the home escaped without injuries and was being assisted by emergency services. Crews have not yet determined the cause of the blaze.

King Charles' whirlwind three-day trip to Canada in May 2022 cost Canadian taxpayers at least $1.4 million, or well over $25,000 per hour, according to documents obtained by CTVNews.ca.

A Palestinian refugee who made a desperate plea for proper housing in Canada has now been welcomed by a Jewish family in Ottawa.

FIFA opened a disciplinary case against Croatia on Tuesday because of its fans' taunts aimed at Canadian goalkeeper Milan Borjan, who has Serbian family ties, during the teams' World Cup game.

A 23-year-old Ontario woman has been charged under the provincial welfare services act after a graphic video of a horse being dragged surfaced online. One video shows the horse being pulled with ropes as its back hooves drag along a road.

Canadians appear to be slowly cutting back on their use of plastic straws and grocery bags ahead of a national ban on such items that will take effect next month, new statistics show.

The flu shot is one of the best weapons in Canada’s arsenal to combat what health experts are calling a 'multi-demic' of flu, respiratory syncytial virus (RSV) and COVID-19 that is making people sick and straining health-care systems.

There was only one really false note during the Liberals' otherwise solid performance during the Emergencies Act inquiry and it was played on Minister of Justice and Attorney General of Canada’s David Lametti’s trumpet, writes former NDP Leader Tom Mulcair in an exclusive opinion column for CTVNews.ca.

Royal Bank of Canada signs deal to buy HSBC Canada for $13.5B

Royal Bank of Canada has signed a deal to acquire HSBC Bank Canada for $13.5 billion in cash.

Alberta Premier Danielle Smith is reversing a promise to enshrine human rights protections for the COVID-19 unvaccinated in law this fall.