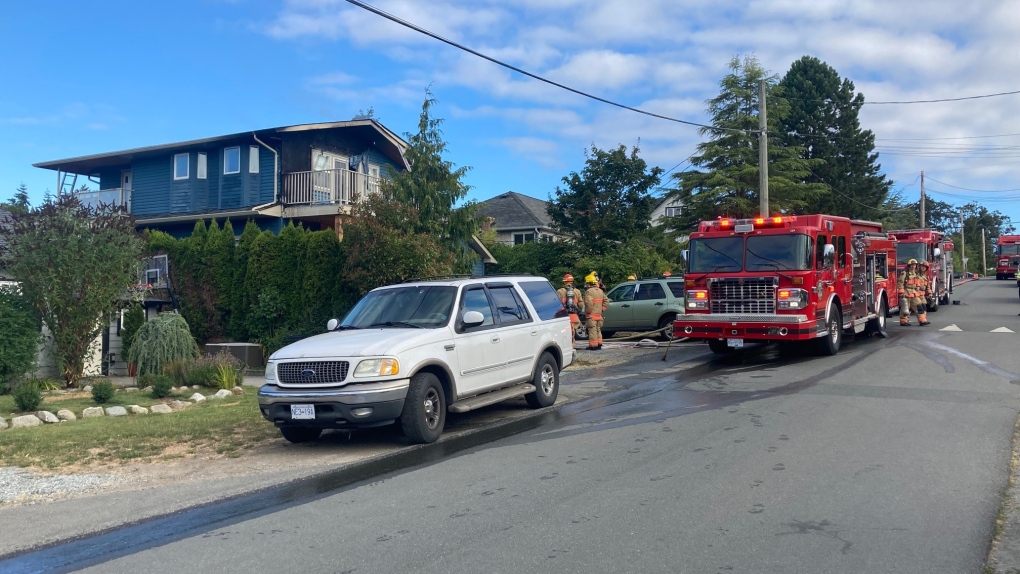 Fire officials believe the blaze started on the home's balcony and then spread to the attic. (CTV News)

Firefighters say a man is lucky to have escaped uninjured after a house fire Friday morning near the Cedar Hill Recreation Centre in Saanich, B.C.

The fire broke out just before 8 a.m on an upper-floor balcony of the home in the 3200-block of Doncaster Drive. 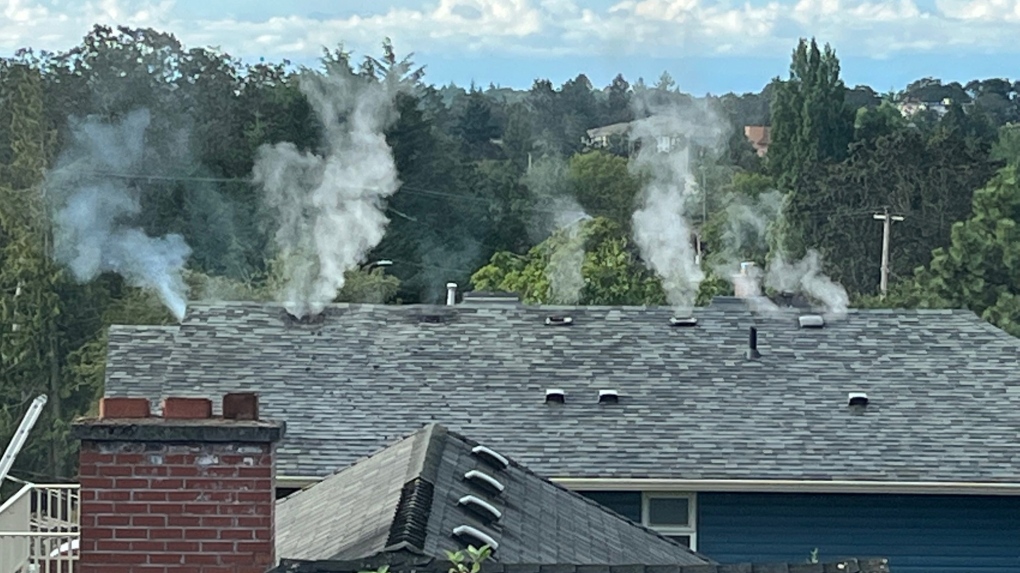 Doncaster Drive remained closed to traffic at 9 a.m. as firefighters continued to tackle flareups inside the upper floor of the building. (CTV News)

The man told CTV News he was alerted to the fire by a passerby who saw the flames outside, entered his home and woke him up.

Fire officials believe the blaze started in a planter box on the balcony and then spread to the home's attic. 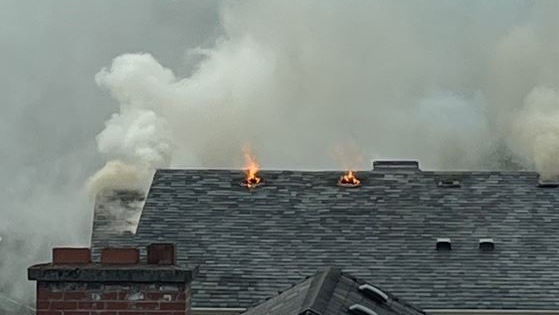 One person was home when the fire broke out in the home in the 3200-block of Doncaster Drive. (CTV News)

Saanich Fire Department assistant chief Michael Kaye said it's important for residents who smoke to make sure their smoking materials are fully extinguished.

"The biggest thing is make sure the smoke alarms are working in your house," Kay added.

Six residents have been forced from the home due to smoke and water damage. Emergency support services are being offered to those who were displaced by the blaze.

Doncaster Drive remained closed to traffic for the morning as firefighters continued to tackle flareups inside the home.