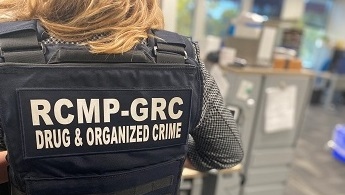 West Shore RCMP say a man has been arrested and a slew if items have been seized after police executed a search warrant a Langford home earlier this month.

Officers with the West Shore RCMP drug and organized crime unit searched the home along Atticus Court on Oct. 8.

The search was the culmination of a two-month long investigation into drug trafficking across the Capital Region, according to RCMP.

Once the search was complete, a 29-year-old Langford resident was arrested.

"Not only will a detailed report to Crown Counsel be forwarded for recommendation of criminal charges, but the Range Rover and cash were also seized and sent to the Civil Forfeiture Office," said Cpl. Ryan Walsh of the West Shore RCMP in a release Wednesday.

Anyone with additional information is asked to call West Shore RCMP at 250-474-2264.