VICTORIA -- One man has been arrested following a tense standoff with police in downtown Victoria.

Police asked the public to avoid the area and closed nearby streets due to a weapons complaint at the building, which is being used as a temporary homeless shelter during the COVID-19 pandemic.

Police said officers were responding to reports of a person with a "potential firearm" in the 1900-block of Douglas Street.

At least nine Victoria police officers and a police dog were on scene by 9:15 a.m. Some officers were seeking cover behind parked cars and the corners of nearby buildings. 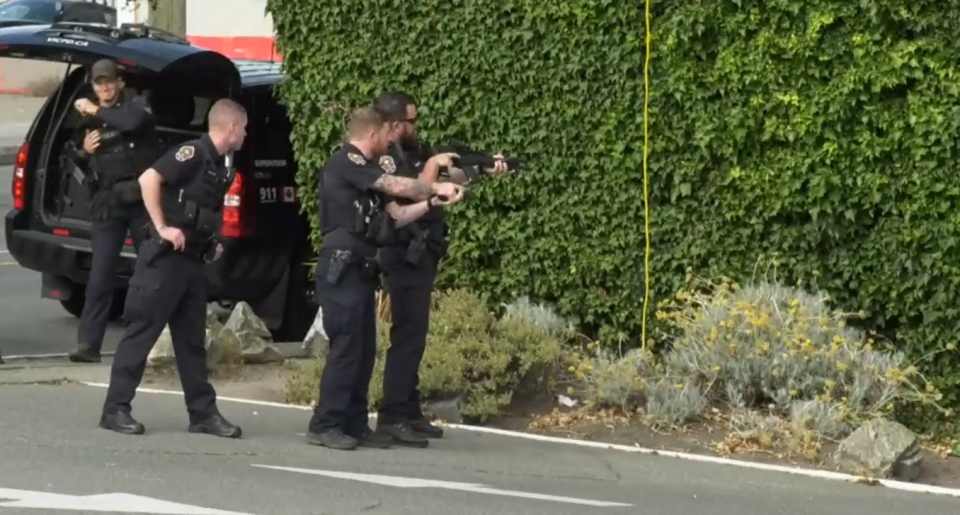 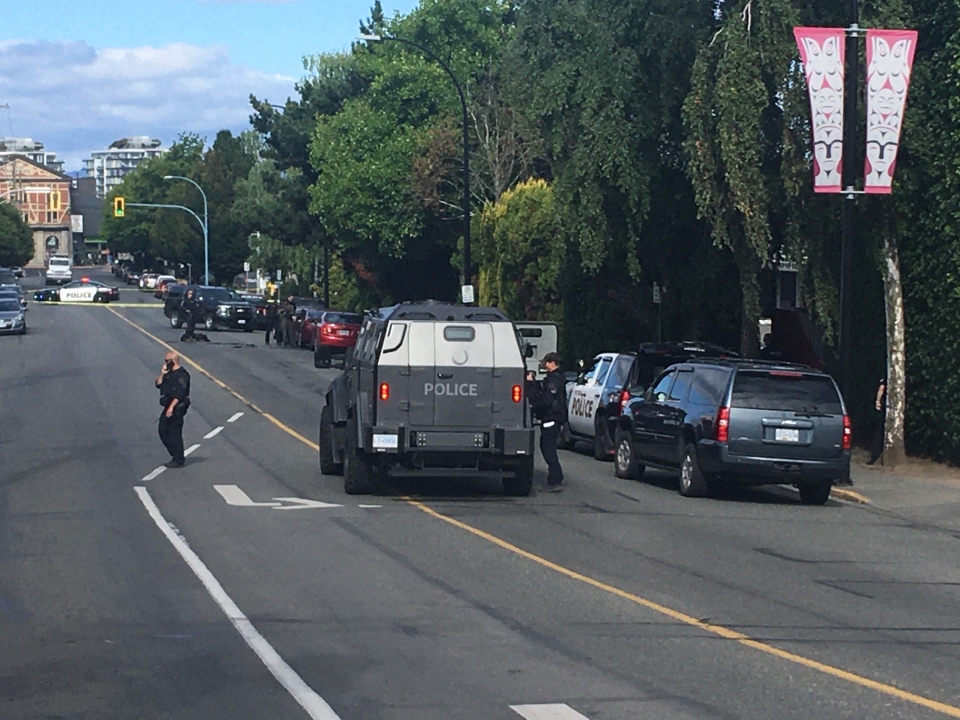 The apparent subject of the complaint could be seen briefly yelling to police from across the parking lot before going back into a suite and closing the door. 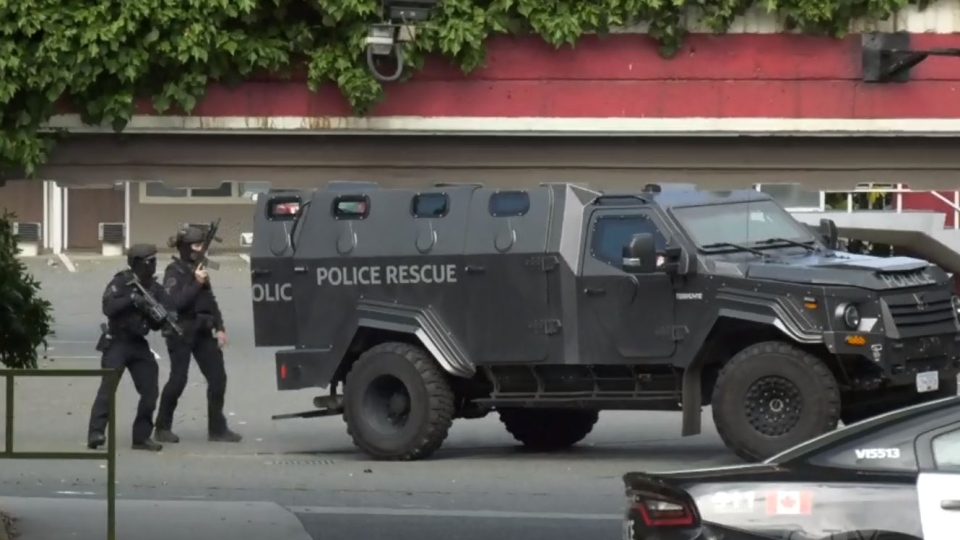 Just before noon, the man was again outside the suite when police fired less-lethal rounds, striking the man.

Officers moved in to arrest him and took him to a waiting ambulance.

The temporary housing facility has been at the centre of multiple complaints from residents and calls for police recently.

Just over a week ago, Victoria police seized a replica assault rifle from a man in the parking lot of the motel.