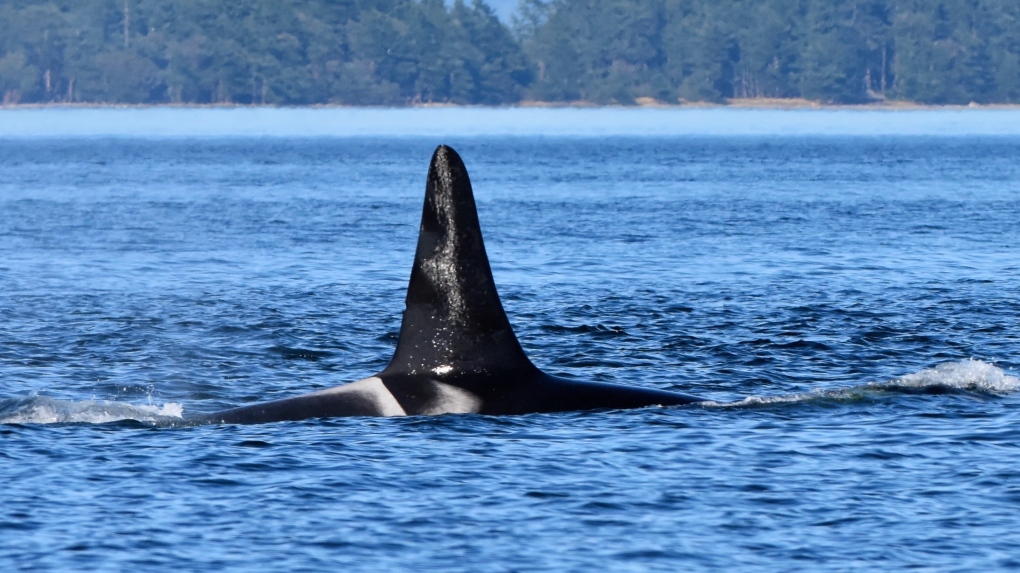 The endangered southern resident killer whale population may have suffered more loss with one of the orcas presumed dead, says an expert.

The orca, K-21, was seen in the last week of July and photos showed that it seemed to be wasting away, said Andrew Trites, director of the Marine Mammal Research Unit at the University of British Columbia.

Endangered southern residents are made up of three separate pods: K, J and L, which travel mostly off the coasts of British Columbia, Washington and Oregon.

“He seemed to be at a point that it would be very likely that he wasn't going to live much longer. It seems very unlikely that he is still alive.”

K-21, also known as Cappuccino, was 35 years old and was distinctive with its broad dorsal fin and bright, open saddle patch that made him stand out even from great distances, said a post on the Washington-based Center for Whale Research website. Cappuccino was the oldest male of the southern residents since the death of L-41 in 2019, it added.

Trites said the average lifespan for male southern residents is estimated to be between 18 and 30.

“He was certainly an old male by killer whale standards.”

While orcas are under severe stress from several factors including noise from vessels and lack of salmon, Trites said Cappuccino's presumed death is not from a shortage of food.

“I'd say the most likely explanation in his case is that he has cancer and he's at the last stages of it,” he said. “It's terminal.”

Killer whales are at the top of the food chain, which means they have no predators and usually die of natural causes with cancer being one of them, he said.

“And the thing with a whale that is wasted away, which means it's basically burned up all this body fat so that when it dies, it's not going to float, it'll sink,” he said.

“There's very little chance that a body would be recovered so you could do a proper necropsy to determine the cause of death.”

The killer whale population has had five calves born over the past two years. Scientists are waiting for the pods to return to British Columbia's coastal waters for a longer period, most likely in September and October, to assess their health, Trites said.

The number of southern resident killer whales will come down to 74 once Cappuccino's death is confirmed.

“Many people are very attached to this one animal and they've known him for 35 years,” Trites said.

“So, it's like a death in the family that affects those who know the animals well, and nobody likes to think of an animal suffering.”

This report by The Canadian Press was first published Aug. 7, 2021.