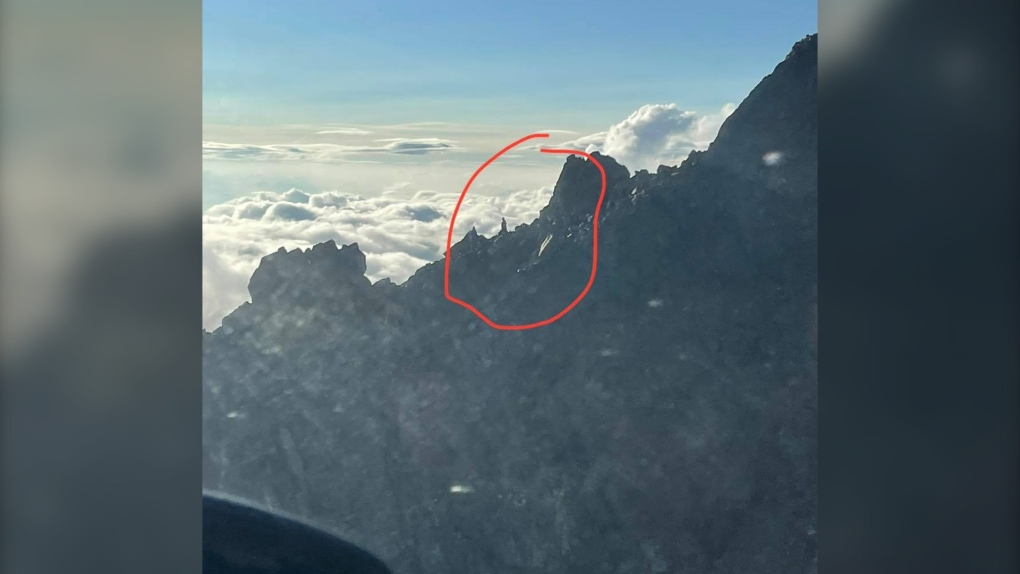 A search and rescue crew from the Lower Mainland helped retrieve a pair of climbers who had become stranded on a ridge in Strathcona Provincial Park Saturday night.

North Shore Rescue posted on its Facebook page shortly after 6 p.m. Saturday that its helicopter team was responding to a mutual aid call on Vancouver Island.

In a follow-up post, the search and rescue team shared details and photos from the rescue, saying crews were able to long-line the two climbers off the ridge just below the summit of Golden Hinde.

The rescue organization did not say how the climbers became stranded or whether they had suffered any injuries. The ridge the pair were stuck on is approximately 2,100 metres high, according to North Shore Rescue.

Because the rescue happened just before sunset, the helicopter crew was unable to fly back to Metro Vancouver before dark.

Instead, team members landed at Campbell River airport and spent the night at the homes of local search and rescue team members.

"We would like to sincerely thank Campbell River (Search and Rescue) members for taking us into their homes at late notice and making us feel welcome," North Shore Rescue said in its post.

Candidates are making their final appeals to voters today ahead of tomorrow's federal election. The three main party leaders have packed schedules as they try to reach as much of the electorate as possible.

As the federal party leaders make their final push to Canadian voters, new polling data suggests that the Liberals and the Conservatives are in dead heat.

Quebec reported 742 more positive COVID-19 cases on Sunday, with 552 of those not fully vaccinated.

The United States has blocked the Mexican border at an isolated Texas town where thousands of Haitian refugees have crossed and set up a camp, hoping to stop the flow of migrants as officials also began flying some of the migrants back to their homeland.

Despite their remote locations, Canada's reclusive lighthouse keepers have one of the highest voter turnouts in the country -- thanks to a part-time election official who flew in their ballots by helicopter. Vlasta Booth, who usually runs a chocolate shop in Victoria, delivered ballots to 27 lighthouses off the coast of B.C., by chopper last week.