Travellers looking for low-cost air transportation between Vancouver Island and Alberta have a new option as of Thursday.

The first flight of Swoop Airlines between Comox and Edmonton arrived Thursday morning bringing a planeload of travellers into the Comox Valley. It then returned with a full flight of passengers headed to Alberta.

Comox Valley Airport CEO Mike Atkins says the introduction of the service comes after many years of effort.

"We’ve been planning this for a while now," said Atkins. "As you know it’s been a hard two years for the airport, and the entire travel industry, but travel is returning and we’re so glad that Swoop is part of it."

The airline will be flying Boeing 737s twice each week, making the treks on Thursdays and Sundays with a capacity of 189 seats.

"The ultra-low-cost model gets people that couldn’t normally afford to travel to travel, so visiting friends and family or a shopping trip," Atkins said.

The airport CEO says he expects the new route to be a great way to keep families connected between the two provinces. 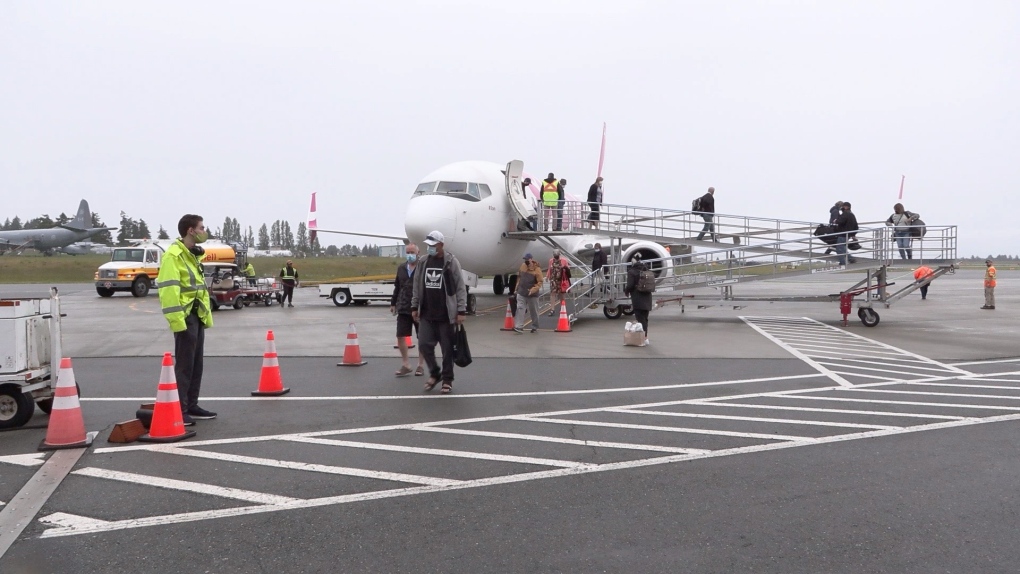 The first Swoop flight to land at the Comox Valley Airport on Vancouver Island is shown. June 9, 2022 (CTV News)

A quick check of the company’s website shows flights available in the coming months from $77 to $227. Flights are slated to increase from twice a week to four days a week beginning in August.

"If we can keep filling these planes and start with the frequency that we put out there we’re really open to adding to that, but if we’re not filling then we’re open to bringing them down," he said.

Hubbard says six new aircraft were added to the company’s fleet to allow for their expansion to happen to locations including Comox.

"We’re really looking forward to the support of the community and making sure that people are using the service, and then we’re going to stick around and have a long term partnership here," he said.

The airport’s CEO also has his sights set on the airline expanding its services.

"Swoop is an ultra-low-cost carrier, [it] does often introduce new routes, and we’d love to see them service the Comox Valley and get more flights to sun destinations," said Atkins.

"I think that’s something we all deserve after our tough two years."